I just wanted to share some shots of my little hobby-ish project, as I’ve finally reached a point where I’m satisfied enough to actually show it off.

It’s basically a clearing with some relatively dense foliage, and a small lake thrown in for good measure. It’s meant to be a VR hearing loss sim, where you’re placed in a forest, and then just listen to the sounds of nature. Both with normal hearing, and with various standard hearing losses. Mainly dead spots over and under certain frequencies.

It has audio in it now, both ambient and spatialized. Next up is the implementation of hearing loss types. 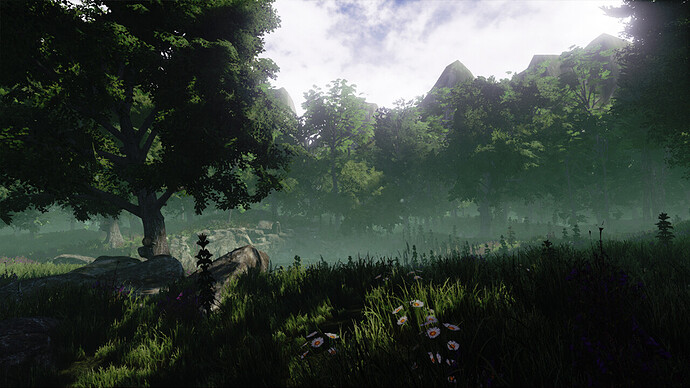 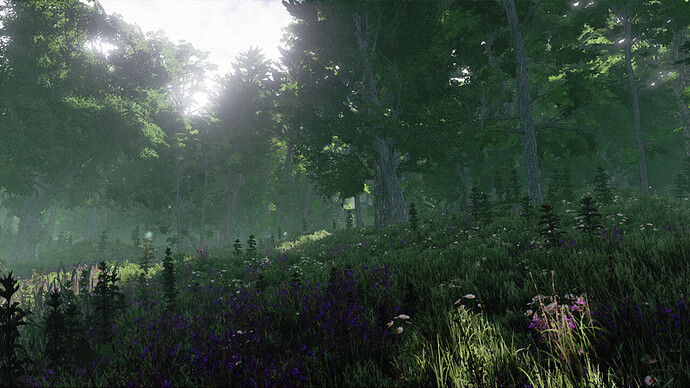 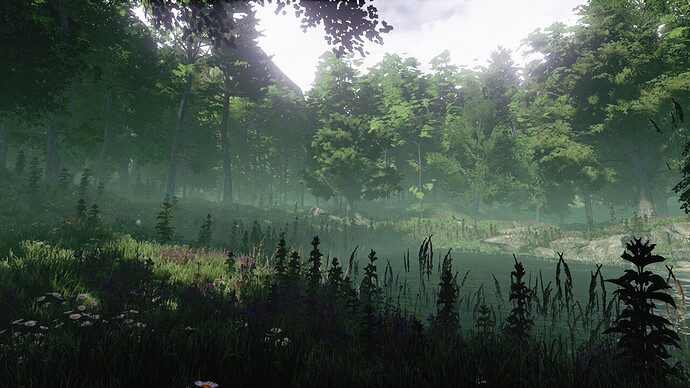 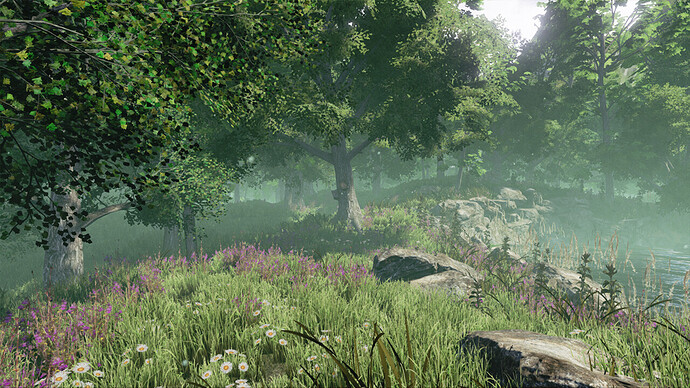 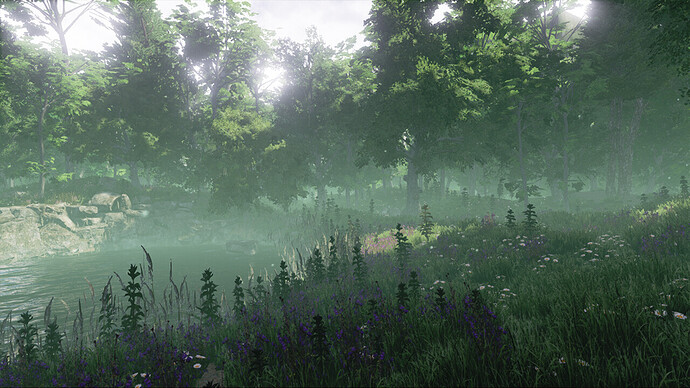 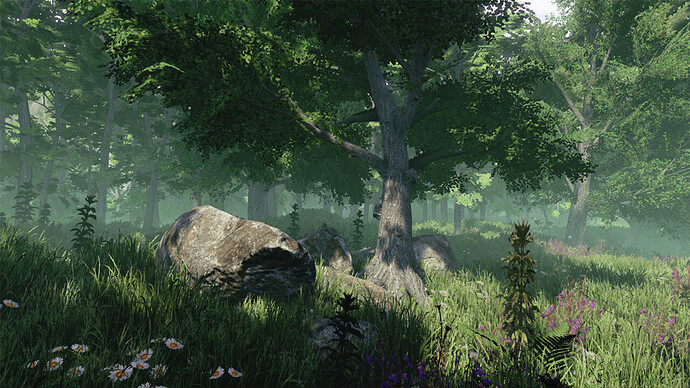 Looking good! How does it perform? And on what hardware?

Looking good so far, maybe add some SSS to the foliage?

The overall atmosphere is coming together nicely.

CharlestonS: I tried SSS, but for some reason it bugged out. Z ordering looks reversed on the planes. I did give it another shot though with an emissive setup. It’s not perfect, but it’s a step up

Emissive: top is off, bottom is on.

Really solid work.
Did you use SpeedTree for the foliage?

The trees are SpeedTree yes. Mostly my own, except for the broadleaf. I’m still trying to get to know SpeedTree, so I’m gonna redo the trees at some point.

Kinda reminds me of TES: Oblivion, but much more detailed. Nice work!

Flythrough is up. First Matinee anim too, it’s fun 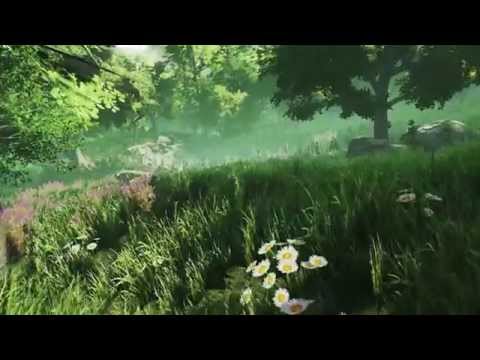 Flythrough is up. First Matinee anim too, it’s fun

Second flythough is up now. I’ve added bushes and generally upped the scenery. 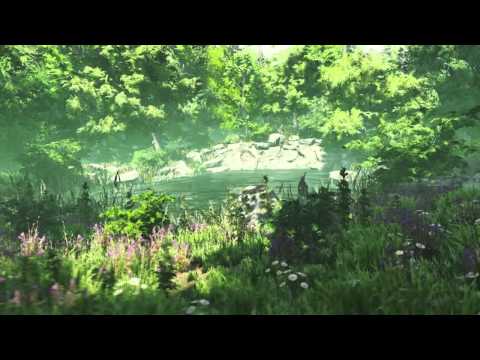 WOW, that looks beautiful! What’s the polycount on those trees? I dare not go over 6-7k for fear of performance issues :S

This is a really beautiful and believable environment. Any thoughts on adding wildlife?

BlownKapz: I can’t remember exactly, but they range from 6-8k to 3-4k. Almost all the trees behind the front line are mobile versions. They’re just filler really.

The next video has audio included, which covers water sounds, frogs, different birds and so on. I’m considering adding butterflies at some point.