I have a sizable problem with my Chicken-Monster spawner. Looking at this loop, it seems like it should obviously spawn 1 chicken-monster at a time, until that number has been reduced to one, and then move on. There should be a 1 second pause between the spawnings. Instead all of the chickens spawn at once!!!

This section itself is called by a Event Begin Play → Time Delegater. It’s like the chicken spawning event is getting called multiple times, in completely separate instances, all hammering the same thing at once. There is only one Chicken-Monster spawning nest object.

I found out what happened. Apparently you can’t call for a delay in WhileLoops. They were suppose to make a new WhileLoop that supported it, but didn’t, so you kinda have to roll-your-own WhileLoop using the Blueprint laid out on this page: 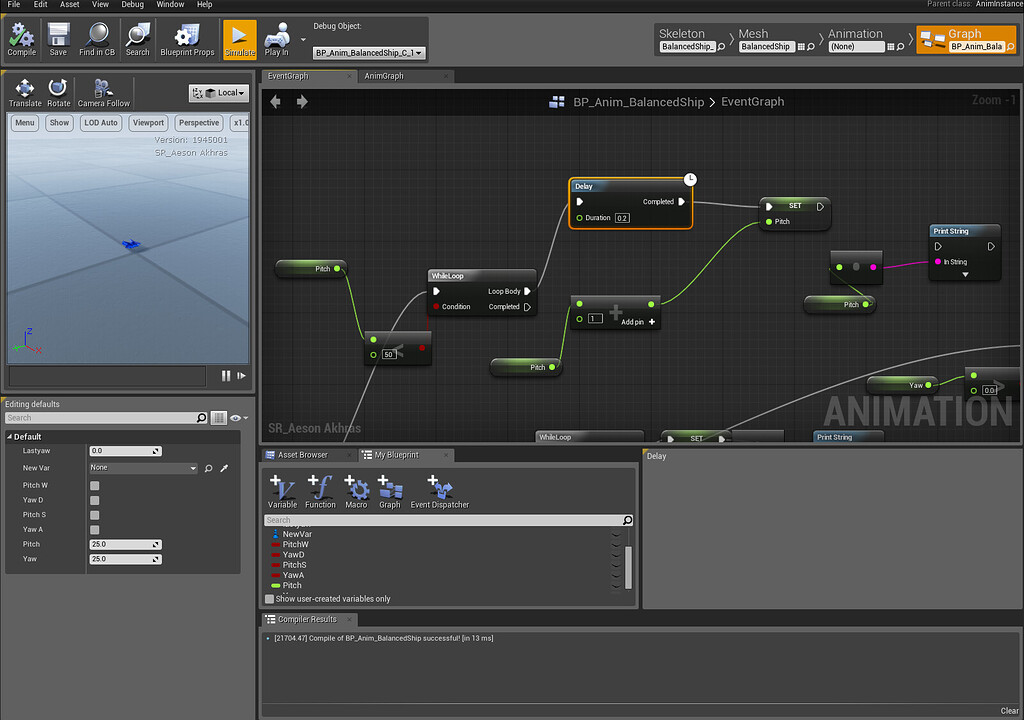 Crash while using while loop with delay in blueprints

I am trying to put a delay in my animation blueprint to smooth the animation in my game and when I add a delay to the loop to do so it will crash the game. I am able to put the delay anywhere else in the loop and it works(but doesn’t do anything no...