The Caretaker: An experienced inspired by The Shining [VR/DK2] 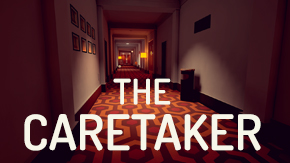 I’m really excited to offer my first VR experience for download. Inspired by the iconic hotel “The Overlook” which featured in Stanley Kubrick’s film “The Shining”, this short experience allows you to wander the corridors of an isolated, deserted Hotel, as the newly appointed caretaker. This has been developed for the Oculus DK2, with the 0.7 runtimes. 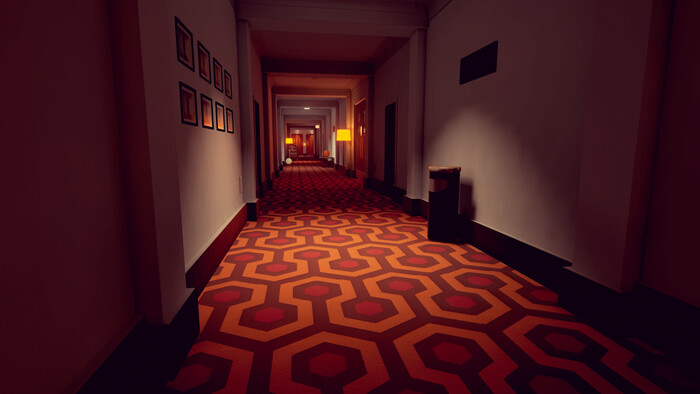 This project was made in my spare time, as a way to learn the ropes with UE4, and to coincide with this year’s Halloween weekend. It’s my first release - just a bit of spooky fun, and is best enjoyed in a darkened room, with decent headphones. 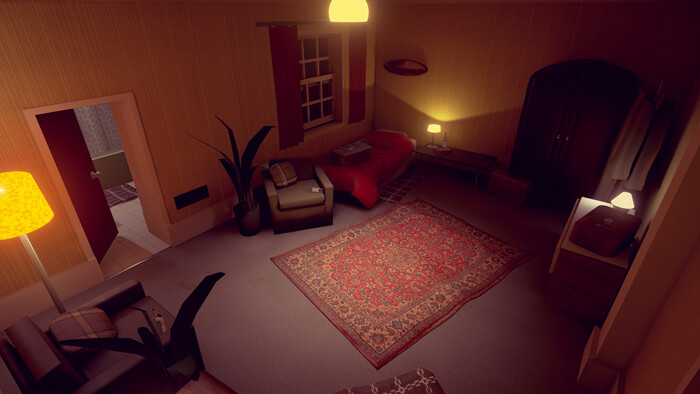 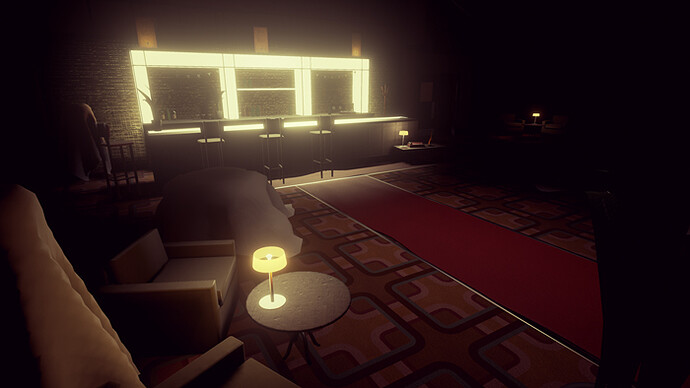 Game Hard 4.0 Was kind enough to make a video of the experience, which you can watch here (though it does contain some spoilers):

Do let me know what you think - and if you run into any issues. This was developed for Windows 64bit, DK2 on the 0.7 runtimes.

Thanks for your time, and enjoy!
Fran

Wonderful project! But it’s possible to play without oculus with a joypad or a mouse ? I have tried the demo and i can’t look freely with joypad or mouse… i can only move the look to right or left, not up or down. it’s not possible or there is a solution ?

For a first release this looks quite stunning.

Hey all! Thanks to everyone who has tried out the demo! It’s up now on Oculus Share, where I’ll be posting updates. https://share.oculus.com/app/the-caretaker-a-vr-experience-inspired-by-the-shining

@Luke76bg - Unfortunately in this release the control scheme is pretty heavily tied to the Oculus rift; pitch movements are carried out by the headset, and are disabled with mouse / gamepad input. This helps to avoid sim-sickness. I’ll soon be updating with new fixes at the Oculus Share site, and I’ll make sure to include some logic to allow those without headsets to play through! Thanks for checking it out!

@SoulSpectrumx - Thanks ever so much for checking it out; really pleased you enjoyed it!

Are the only headsets available the developer kits? Do you all have the dev kit? I experienced the Oculus at CES this year, and I really want one.

Oh, and The Shining and Kubrick are my favorites, I’m stoked you used this theme. Can I expect a 2001 Space Odyssey? Because that would be awesome.

Hi @zlspradlin, currently yes - for the majority of developers and users, the only kit which is available is the Oculus Rift Developer Kit 2; which was released to the middle of last year. I’m not sure that it’s still available to buy from the Oculus site any more, but that’s what this experience was developed for and on. There is new hardware in the works which includes tracked hand controllers - you may have used this at CES (I haven’t been lucky enough to try or get my hands on the new hardware - that’d be SO useful for development work). Oculus’ consumer release is slated for Q1 next year. Epic made great use of Oculus’ Touch controllers in their Bullet Train demo (which looks fantastic - worth checking out). Valve are also releasing their headset and hand controllers early next year, so it’s all rather exciting!
If you’re considering buying the hardware, I’d definitely wait until the consumer release next year!

Really glad you liked the theme in this one - I hadn’t considered doing a Space Odyssey related demo, but I can see how that’d be great fun to do - especially the Star Gate sequence; that’s a great idea!

Awesome, thanks for the info. I think I will wait for the consumer version, I definitely want to get into VR experiences. I’ve actually started development on a 360 degree wearable camera(I’m in the video industry and just so happen to know the right companies to do this for me) so people can film experiences and share them! Hopefully that gets done sooner than later, but physical product development is slowwwwww.