The blueprint actor is not moving on it unreal engine

i have created a conveyor belt . if i drop any cube on it then it move on it. but i have a blueprint of box. if i drop that blueprint on this belt then it is not moving with it. 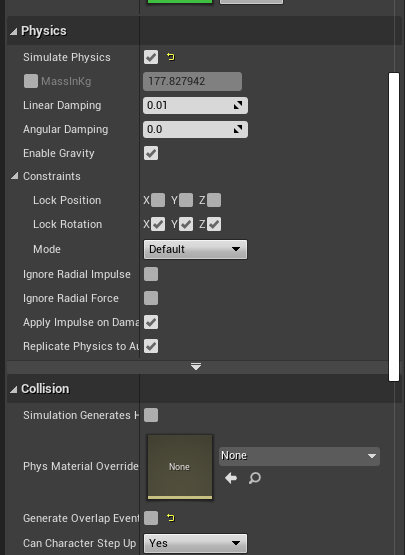 How are you moving the belt? 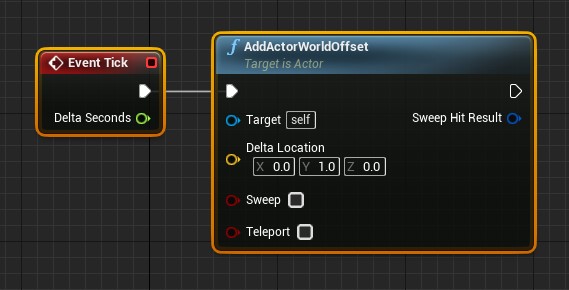 Can you show the collision settings of that mesh?

i am following Making a Simple Converyor Volume | Live Training | Unreal Engine - YouTube tutorial for creating belt. my box blueprint given in image.even after on the simulation genretion hit events it is not working.

i just want to move my blueprint actor
like third person character move on
it.

Your original question does not reflect that.

You will need to include more info. How are you moving that cube then?

The third person character moves via a character movement component which your cube does not have. The question then is how do you move the cube. How is the collision set up?

If you’re moving a cube that has physics enabled, I’m assuming you’re using force / impulse to move it. You will need to clarify a lot.

I still do not know what you’re doing, it’s unclear. You did not answer any of my questions either and I do not want to watch a 15 minute tutorial.

Besides, the execution wire is disconnected. So maybe that’s it.

my belt blueprint is shown in image . the execution wire disconnected because i do not want to run that function. sorry for that. actually i have blueprint that drop box after press button. so when i press button then it drop box blueprint on belt. then the box stay on belt not move on it. if i drop any cube for test then that move. 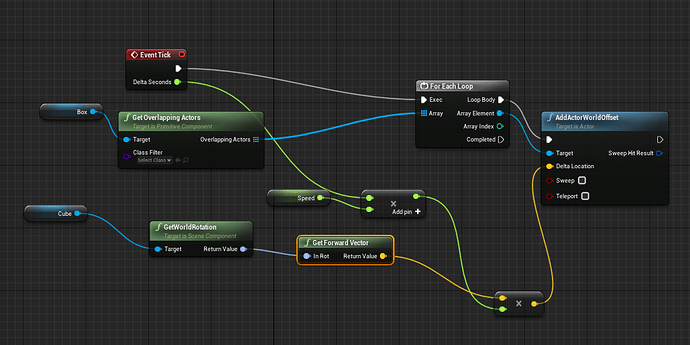 The Class Filter is empty on the Get Overlapping Actors.

i just want to move my blueprint actor
like third person character move on
it.

it was white box blueprint i want to move on belt then after press button push it to some location, in video when character jump on belt then belt move the character blueprint, that is why i wrote that line. sorry for confusing you. i am not working with character. it is actor BP. and after add the class filter in get overlapping actor it is still not working.

Is the class in the filter the same as the class of the object you want to move? What is Speed set to?

yes i apply the same class of object that i want to move. the speed is float type and i give 100 value to it.

Print the length of the array, see if you’re getting anything. If it’s empty then perhaps the collision is to blamed. Next things on the list to double check.