We’re making a video game. It’s called the Artful Escape of Francis Vendetti. We’ve been Greenlit on Steam and we won a $17,000 developer grant from Epic and Unreal Engine.

The game looks exactly like this: the Artful Escape of Francis Vendetti

It’s an action - adventure - musical - platforming - narrative driven odyssey. The game Follows Francis Vendetti as he waltzes out on a multidimensional journey to create his stage persona the night before his first performance. The gameplay revolves around cinematic exploration, Kentucky Route Zero style dialogue trees and musical games designed to replicate the music/light jam between the synth and the alien spacecraft in the finale of Steven Spielberg’s, “Close Encounters of the Third Kind.” I’m an accomplished musician myself but I’ve also roped in Josh Abrahams, who’s worked on the music department for several large films, including “Moulin Rouge.”

Until recently the game has been using sprites and FXX AA but we’re making the switch over to fully rigged characters and Temporal AA. It’s been quite the adventure. We’ll keep you updated with more stuff as we build it. Any Q’s welcome. 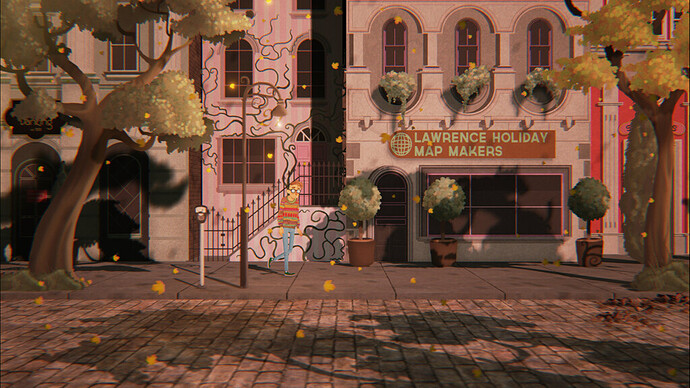 **** I am loving this. It appears to have some psychedelia to it, which is awesome!

This looks like an amazing game, make it! I’d be happy to help if you need a lighter.

Great sense of depth, I look forward to playing this game

You had me at music/light jam.