Testing some 360 VR Video from MegaScans

I’m in the process of testing out some 360 renders to video for VR view. Here is a first clip from the Abandoned Apartment scene from Quixel. It was rendered in 8k and uploaded to YouTube which compresses it a bit more, so if you view this on your browser make sure to set it to 8k and in your VR Quest headset set this to highest (doesn’t really give you many options).

I’m doing this as a test because I want to create a little VR short video of some of the amazing environments that people have created with Unreal. I also plan to add in some characters and 360 sound. Again just a test to see what’s possible, how long it takes to render, setup time etc…

If you have a scene that you would like rendered out or maybe added to a part of this short story (Traveling Amazing Lands) hit me up.

What do you think? Keep in mind total WIP. 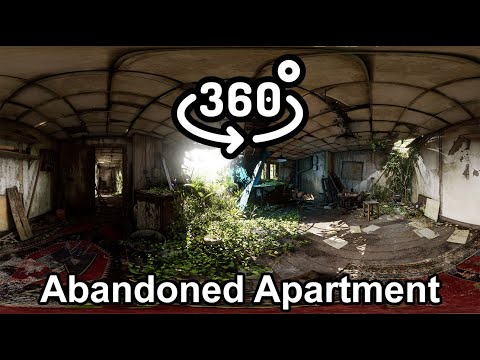