Hello,
can someone help me to create such a Terrain like in Star Wars Battlefront?
Kind regards, 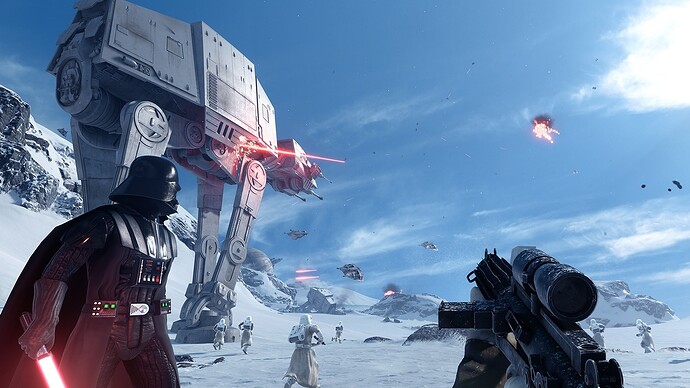 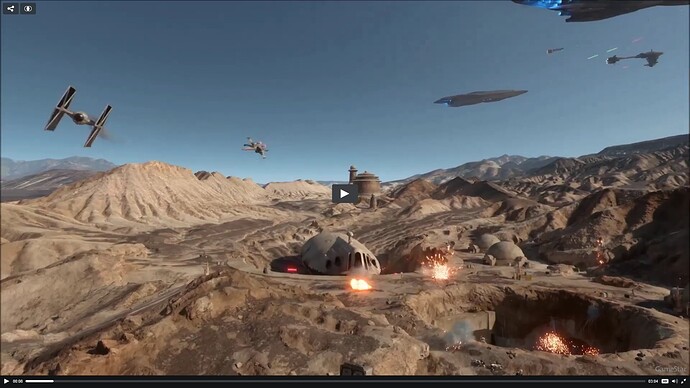 I use world machine a lot, and it is one of the best terrain generator programs out there however, terrains in the upcoming star wars don’t quite look like pure world machine work. Unlike Battlefield 3 and 4 where DICE used world machine all the way.
Looking at images and videos I suspect there is some big scale photogrammetry involved. Not quire sure, it’s one of things on my to-do list to figure out a lot of things regarding their workflow for the environments there but I have to wait until the release.

I suspect scultpting and then running through terrain gen software.

What have you done so far?

By the way, note as far as Battlefront goes–millions of dollars, hundreds of people, and they even went to locations to gather refecences

There is a high chance they have captured the area using drones or something like that since they have used photogrammetry for pretty much everything they could. In that case, sadly we are left behind from now on.

Hello,
I think the 3d-Terrain-Mesh is not the problem.
The problem could be the Paintings of the Landscape (Ground Material). But i have no Drones or hundreds of peoples…

In the Marketplace i have found this terrain and i think it’s realy near the Star Wars Battlefront terrain: 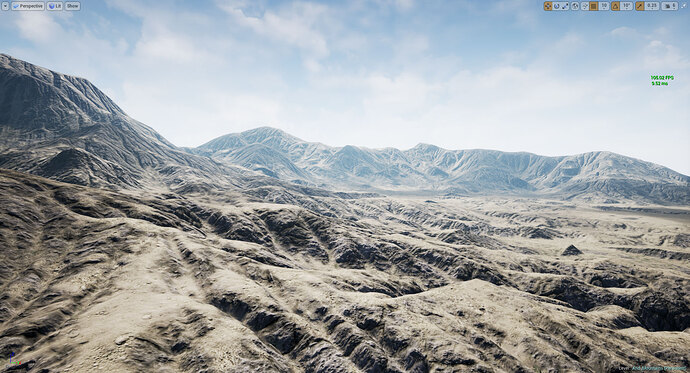 Invalid Attachment specified. If you followed a valid link, please notify the administrator
But aside that i would put the money into WM, instead one single map.

I have created a splat map and then edited in Photoshop for the terrain above. I’m sure the star wars one is done differently though. Looks more like a satellite image you’d overlay on the terrain material to get the color information from.
All in all, it’s a lot of hard work and the good thing is there is a free version of world machine for you to start experimenting.

Hello Maximum-Dev,
did you know, where i can get some Satellite Images from a Desert? Could i get it from Google Earth?
Kind regards,
halobungie

What you can do is to acquire DEM data for an area you want and then using MicroDEM port it over to google earth and there you can capture the satellite image of the same area, then you gotta overlay the image on the height map very accurately in photoshop and then port to engine separately.
Here is a good start:
http://scrawkblog.com/2013/02/05/using-dem-data-to-create-height-maps/

Hello Maximum-Dev,
thank you very much - this is a very good idea!

Did someone know, where did DICE capture this “Star Wars”-Landscape/Terrain on Earth?

DICE has “real location” videos for each of the planets in Star Wars Battlefront. You can view them here: Star Wars™ Battlefront™
On Endor, for example, it’s on the second “step” of the planet tour: http://static.cdn.ea.com/pulse/starwars/ENDOR_BTS_5m_720p.mp4

**Endor: **“The team painstakingly recreated the look and feel of Endor –– from taking a trip to **Muir Woods, California **to shoot the 300-foot-tall redwood trees, to spending days recording in different nature reserves to get the right sounds.”

Tatooine: “Braving the extreme heat of Death Valley, California, to authentically capture the desolation of Tatooine? That’s dedication. But it didn’t stop there: DICE’s Audio Director, Ben Minto, also recorded some of the ambient sounds during a team trip to Dubai.”

**Hoth: ** “Replicating the planets meant traveling to the original filming locations –– both near and far, far away. For Hoth, that meant heading to **Finse, Norway **to shoot video and still images, but sound recordings were also made in Sweden and Finland. Advanced lighting and weathering techniques were used to make the icy scenes look as natural and realistic as possible.”

Sullust: “DICE Concept Artist Anton Grandert’s direction for Sullust described black rocks, massive land shifts, red lava, and turquoise lakes. But how to create this world? As it turned out, **Iceland **was the ideal location, so the team made the trip to capture the images and footage to use as reference material.”

Haha… I wondered how long it would take for threads like these to pop up, Aside from the ‘Make Game’ button - the reality is DICE put a lot of hard work into it. A few things I know:

My advice would be to get a full copy of World Machine and follow heaps of tutorials. The terrain on Marketplace that you linked is nothing you can’t do without going through some World Machine tutes, so save yourself the cash and learn how to do it yourself - you’ll benefit from it in the long run.

When you install it some examples are already here:
C:\Program Files (x86)\World Machine 2 Professional\Examples

Is it possible to paint the terrain inside world machine? All my stuff comes out as plain sand models.

Is it possible to paint the terrain inside world machine? All my stuff comes out as plain sand models.

You’re going to use flow maps inside World Machine to color/texture the terrain; you can’t hand paint anything inside of WM. There are plenty of videos over this on YouTube.

But if we export the file from WM and try to import it into UE does that work? I usually get a warning saying it is a colored file that greyscale is recommended.