I was thinking of throwing my hat in the ring with a couple of Utility Blueprints I recently designed for a project I’m working on.

After getting a bit frustrated with Decals I decided to try making a fun and flexible system to make decorating a level less painful. 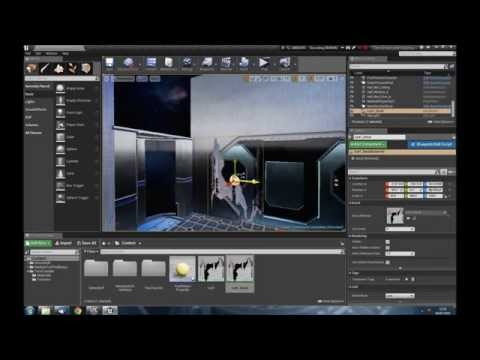 I haven’t yet submitted it to the Marketplace, but am planning to do so soon. Let me know what you think.

This is awesome, i’m made a request for improve the decals time ago, but Epic has done nothing and this looks awesome.

Trying to Decal the levels on my current project (not the stuff in the video), was driving me nuts. Hopefully will be submitting it soon. Just a couple of minor things to tweak.

A proper decal solution! Perfect! A must buy from me.

Could it help fix these issues during runtime?

Could it help fix these issues during runtime?

Should be able to. The video shows the Paint Splat effect, not tried it with really large splats. Will give it a go.

Wow thats exactly what I need and even unreal tournament needs too!

Could there be a universal decal projection type so it works with both curved and multiple plane intersections- for example it can detect which is what and then apply the appropriate value? Or possibly set which objects the decal will have parameters for and depending where it conforms it will not have that invisible line in the middle? I mean because I see on certain edges you have the parameters to control how it conforms which is awesome, not sure if splatting the same decal around will look seamless on everything though? Or is this just an advanced feature I can do to extend this myself?

Either way you are my hero for making this project and I’m really looking forward to seeing it on the marketplace!

Nice little set up there. I saw in the video when you were shooting decals on the wall… can you set it up to only respond to certain actor tags, or ignore certain ones?

@TeraBit - how did you solve the UV issue with the decal there? You need not go into detail or anything, I’m just curious.

SaviorNT: can you set it up to only respond to certain actor tags, or ignore certain ones?

Not as it stands. It does allow you to specify an ‘Ignore Actor’ list, so the best solution would be to create an array of actors based on the tag list and then store this to pass to the spawn pin.

not sure if splatting the same decal around will look seamless on everything though?

You can specify the material as for each splat and a flag to flip it vertically or horizontally. Beyond that, you could pass in parameters to the material to rotate the UVs

@TeraBit - how did you solve the UV issue with the decal there? You need not go into detail or anything, I’m just curious.

Not sure of the issue you mean? If you mean the smeared lines on CyberDev’s picture, the Decal volume is too large in one of the dimensions.

Added a new capability to TeraTransfers and Decals, they now have a ‘Random Rotation’ pin on spawn, so they can change orientation to look more natural.
[HR][/HR] 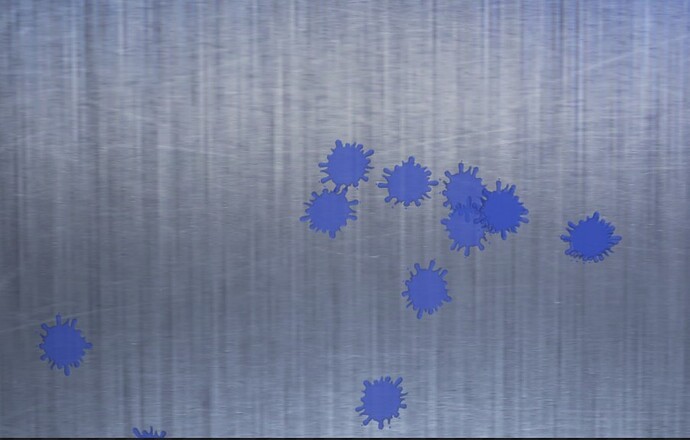 [edit]
Figured out how to apply it to Transfers too… 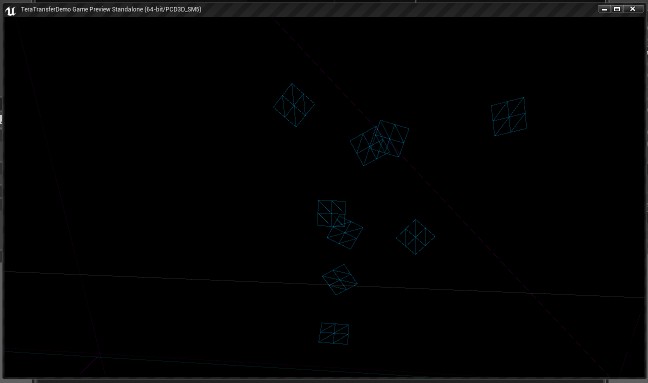 Ok, They’ve been submitted. Let’s see if they get through.

Same as Allar, I’ll pick it up as long as it’s not too horrendously priced.

This is really nice. how fast is this system compared to deffered decals? what steps are taken to keep them processed/rendered quickly?

So there are two Blueprint types in the pack:

This one creates dynamic geometry which conforms to static meshes around it. The geometry is created in the construction script, so at runtime there is no more overhead than if you had exported your scene to a 3D package, created a conforming mesh with UVs, then reimported it as a static mesh.

On the downside, it does not have static lighting capability (i.e. no lightmaps, only dynamic lighting), since it is a dynamic element. However this is no different than any other geometry that can potentially move (such as the door in the video).

In terms of render speed it depends on how many subdivisions you have (it goes from two triangles (making one quad) up to thousands of triangles for a 64x64 grid). I’ve not seen any slowdown personally on rendering, but if you have a very dense mesh, it can be sluggish to move around (not at runtime, but when you are placing it, since it re-runs the construction script every time you move it).

If you need a dense mesh, then it’s best to have a low res mesh (10x10) until you have placed it and tweaked the other settings. Then crank it up once it’s in place, after that it’s all pretty efficient. However you can often get the result you need with a relatively low subdivision level and slightly increase surface offset.

These are essentially decals with the convenience of the auto alignment/sizing code from TeraTransfers.

They both have advantages and disadvantages (some of which I mentioned in the video).

Do you have a rough price point?

Do you have a rough price point?

I went with the middle of the road $29.99, but I’ve not heard back from the Submission process yet.

29.99 is a good price, I hope they get it released quick, ive used several methods for dynamic blood so far and none look to be as reliable as this system

How is this for performance in terms of draw calls? Is every decal an extra drawcall? If so is there a good way u would recommend to combine them? Merge actors tool maybe?

How is this for performance in terms of draw calls? Is every decal an extra drawcall? If so is there a good way u would recommend to combine them? Merge actors tool maybe?

Well, the Decal ones would be a post process just as ordinary Decals are. The Transfers would be a draw call each, but of course only if they are drawn. Since things that are not on screen or occluded are not drawn, you only really have to worry about what you have on screen. In short, I don’t think it’s much of an issue for most things.