Found a tutorial on how to do a simple portal-teleport blueprint. My problem is that when the player is teleported he faces the same direction as when he entered the portal. I’d like to control the direction he faces after the teleport. Is this possible, and if so, can anyone help? I looked through some other posts with similar issues but with no luck unfortunately. 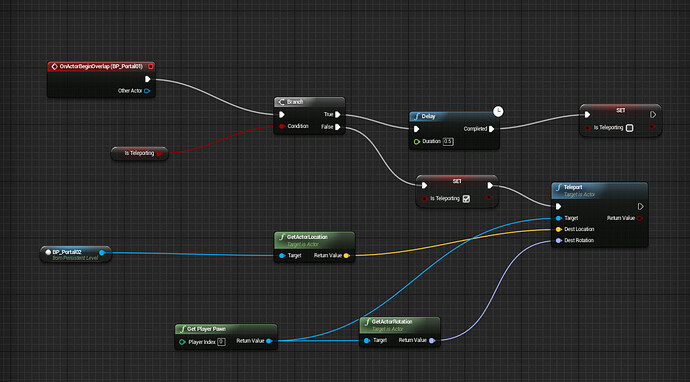 Use a Set Actor Rotation node right after the Teleport and then set the rotation to what you want it to be. 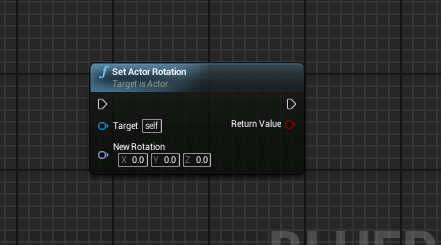 For target connect your player character. 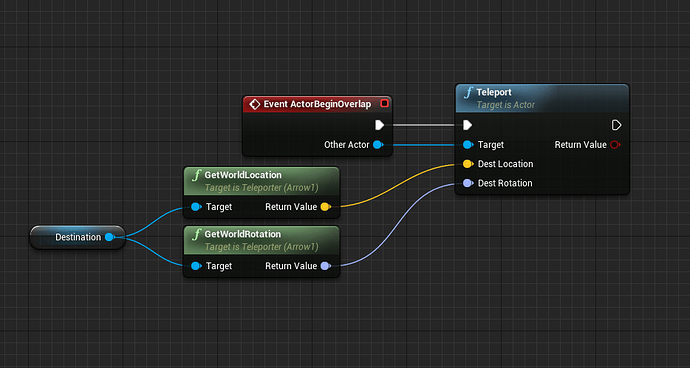 Destination is an exposed reference for Teleporter. In this case, when I add a teleporter to the level I can choose any other placed teleporter as the ‘destination’. Then I can rotate which direction the exit is facing and the player will emerge facing that direction.

This is how I hooked it up. But changing the new rotation values seem to do absolutely nothing

Hmmm, I think I understand how it’s working, but not how to get there. It looks deceptively simple :D. I’ll probably have to gain a better understanding of the blueprint system to figure it out.

Same problem, want facing to pivot point of tp2 bp, after teleport, not to direction which I come in tp1

as I understand the disadvantage of this method is that you need to create a separate bp_entrance and bp_exit right? Now it way too simple, just pick(pipette) in up the actor to teleport and done, with wrong direction meh…

That is incorrect. You can place two instances of the same Teleporter blueprint and, by setting the Destination variable of one teleporter to the other, it will allow you to step into the first and will teleport you to the second.