Since version 4.15 a table variable is supported, however at the data table row it still says “only literal data table is supported”. I suspect this was not intentional. At other table functions it actually works. Please refer to the screenshot for an example.

With the kindest regards, 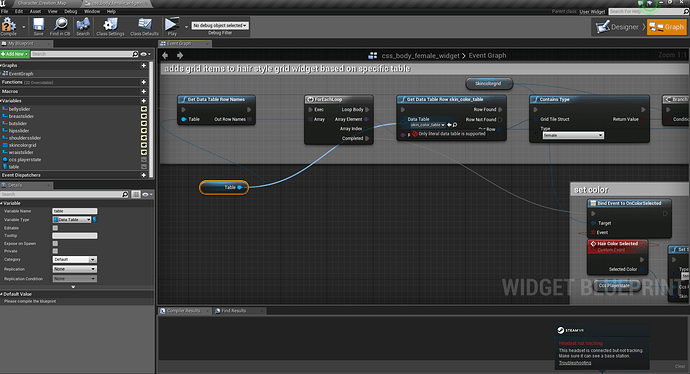 This is by design. The GetDataTableRow by default still needs a literal value. You can drag off of the DataTable variable and get a GetDataTableRow of the type you need.

I’m having trouble seeing how that is useful. Is there still no way to get pull data out of a data table variable?

The only thing you can drag off of a data table variable to get is an array of row names (which is what you screenshotted, but not what you described). There’s then no way to get the data for that row.

I spoke with the devs that implemented this and all that was changed is DataTable was exposed. That was it. So the GetDataTableRow still needs to know the output row type at compile. If it accepted a variable, the underlying row might not match the out row type and then crash.