Hello there. I have encounterd a problem with Input Events and Widgets.
So I want to have a widget open when I have Tab pressed and close as soon as I release it. Nothing uncommon so far, but I also want to be able to use the Mouse on the Widget an press a few buttons so I switch the Input Mode. 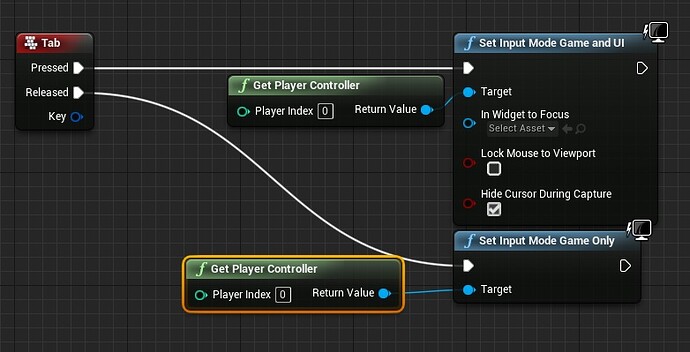 I was able to reproduce this issue on our end. I have written up a report (UE-33066) and I have submitted it to the developers for further consideration. I will provide updates with any pertinent information as it becomes available. Thank you for your time and information.

@RudyQ on further investigation its a general bug where it happens with any pressed key returning to their unpressed state.

Ok forget all I said its just that you need to set button to no be focusable in your UMG widget.