I know there is a node to just switch the value of a bool but I cant remember the name of it. If anyone knows and could tell me that would be great.

It’s called the ‘NOT’ node

You can use a flipflop to alternate between two sequences. For example opening a door, or flipping a light switch. It will give you A and B flows. There’s also a useful boolean in the output which can be used to reflect which flow was executed. 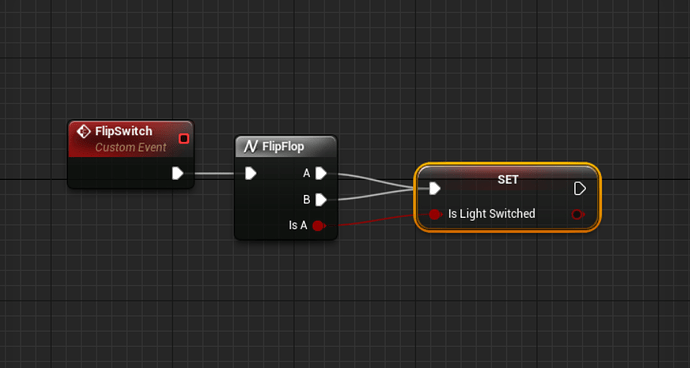 Thank you exactly what I was looking for.
And I will most likely use the flip flop node for something else in my prototype.