Surface Studio looks good, but may have to rob a few banks ;)

Surface studio looks good, probably give Wacom a run for their money. 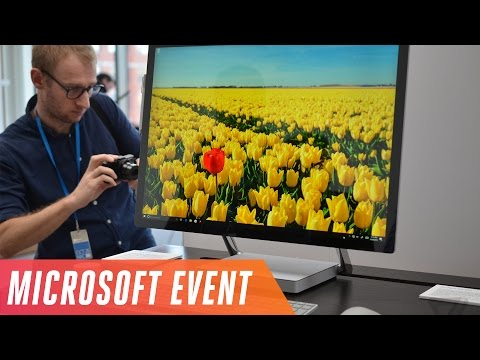 That cost is intense, but I imagine they understand they are targeting a very specific niche audience that will pay the price.

At that price point, Wacom aren’t the least bit worried.

At that price point, Wacom aren’t the least bit worried.

It’s pretty much the same price as the Cintiq 27, which is smaller, and is just a display/tablet.

The price is fine for it’s target audience, professional digital artists. My other half is a freelance fashion designer/illustrator and is lusting after one already.

Personally I want to find out what upgrade potential it has. Most importantly, can I swap out the base unit for an upgraded one a few years down the line? At that price as well I want current GPU tech, a GTX 1060 or 1070 too. I’ll probably be a V2 buyer.

The prices aren’t even in the same ballpark.

FYI, the GPU is the GTX965M in the lower priced one, 980M in the more expensive one. The 965M is a terrible card in my experience.

The price of a Wacom equipped digital workstation is going to be about the same or more than the Surface Studio. It’s a compelling product for anyone that makes a living from digital art.

QHD Touch is £1900, add a half-decent PC for another £600, and you’re still in the same ball park as the basic Surface Studio with better hardware. The £3500 model is just plain expensive.

I mean it’s not a single device, but it is more flexible and you’ll have better hardware.

The Studio has pretty good specs, and the screen itself is probably better than the Cintiq–higher resolution, higher color accuracy, thinner, better pen support, only issue is lack of expresskeys.

I really want the Studio, but I’ve had a Cintiq before and I just didn’t use it that much.

I thought the specs were not bad, but then I looked at Allar’s development rig, just insane! It looks like he has a dual CPU xeon configured with 40 hyper threads running at 3Ghz.

I guess Wacom will need to have a 4K solution pretty soon because if they don’t, next year, this year’s surface model will be half the price.

Still they fixed my wife’s Wacom for free even though it was out of warranty for a couple of months. I don’t think Microsoft would do that!

The Cintiq Mobilestudio Pro has a 4K screen, but it’s a 13" or 16" screen
They’ll probably update to support 4K soon enough, but I don’t expect their screens to get any thinner. If their mobile solution were like half the weight then that would be fantastic. I think their technology might require too much weight/thickness

I can buy a decent laptop and build a good desktop for that price.

It’s really an alternative to a Cintiq–which it’s cheaper than buying a Cintiq and a desktop computer and it’s nicer. I’m not sure I’d switch if I already had a Cintiq and a computer, but if you were looking at getting a Cintiq then it’s a pretty good idea.

I’d wait until they put better specs in the affordable units. Right now the price for the one containing the 980 is ridiculously high.