I got a basic multiplayer test level working, based on everything I found on the kit. I’m now working on getting some basic UI going so that you can connect through some sort of matchmaking.

Hi, so dedicated server architecture is not something I’m very knowledgeable about. I have built ATBTT so that it replicates correctly for both listen servers and dedicated servers, but have only ever ran a packaged project as a listen server. For learning how to set up a dedicated server in UE4 I’d look for generic tutorials and documentation that covers this. Then when you have been able to set that up in a simple project, let me know if you run into any isses that seem specific to ATBTT.

I’d like to set a group of BP_Units as squad and then have them move and attack as a unit. The system you made is unit-centric, so maybe I should replace the BP_Unit with a BP_Squad across the board and handle individual units as a special case. For path planning, target choice, etc I could have a C++ class to handle the added chaos.

Does that sound like a reasonable approach? You’ve made such a great starting point I feel like I’ll still save a ton of time even with a major refactor like that.

I’m afraid I’m still going to need some more detail. Can you express it in very concrete terms? Something like: All units occupy one tile. You can drag a box to select multiple units at the same time. These selected units are what are to be considered a squad. If you press to move to a tile all units will try to find their own path to tiles surrounding that target tile.

Something like that. Squad can mean so many things, so need to be sure I’m not misunderstanding you here. If you can point to any existing game that works this way mechanically that would also be helpful.

Hi, apologies for my imprecise language.

A Squad is a static group of units that doesn’t change during the battle. When I click on a member of the squad I am selecting the entire squad, when I move the squad I’m indicating the area they should move to, and then they each path to cover within the individual units movement range. Their placement might end up mattering later since some units give bonuses to other units within a radius, and weapon range / line-of-site matter. Some units might not actually end up in cover if there isn’t enough etc.

There are reasons to select individual units of a squad, but its just to tweak things about their automated behavior. So for example if my rocket launcher guy ended up in a spot without line-of-site to an enemy tank, but he was within movement range of a spot with line-of-site to the tank, I would grab him to modify his final position after the squad had finished moving.

Have you played any tabletop miniature games? I want to make one of those using your system – I’ve spent several hours looking through your blueprints and understand its a big refactor. If you had like 40 hours to do the refactor what would you do?

Good day. on the end of video hmm system part 3 ATBTT - Experiments - HoMM-Style Combat #3 - YouTube. you add an 2d unit from hmm2. How you duit?

Good day. on the end of video hmm system part 3 ATBTT - Experiments - HoMM-Style Combat #3 - YouTube. you add an 2d unit from hmm2. How you duit?

Hi, I used a puppet with a 2D sprite for that one. Similar to what I do in the 2D example map HydrasLair.

thank you. How to make a wait sistem. then the unit not make any move and go to the end.

Hey, could you elaborate a bit? Do you mean like in HoMM where you press wait and then the unit still gets to act this turn, but at the end of the turn?

What if I wanted to connect the behavior of several units? What blueprints would I need to change?

Ok, I wrote a new function that should give you the same result as in HoMM:

How you call this is likely up to you. If you do it through a widget button or the like, make sure to validate that the current player actually owns the active unit, to prevent ending the turns of other factions. You can do this similar to the validation done when trying to end a unit’s turn in the Player Controller.

You will also need to add the following to the HoMM Turn Manager:

What if I wanted to connect the behavior of several units? What blueprints would I need to change?

Hi, I’m going to need a lot more info to understand exactly what you are asking about. Are you talking about multiple AI units coordinating their behavior?

The variable : Local Active Actor Initiative" exis or i mus creat this variable?

The variable : Local Active Actor Initiative" exis or i mus creat this variable?

You could add it as an ability, sure. Just call the Turn Manager function from that ability’s ExecuteAbility function.

Thank you. it is possible to separate range attack and melee for cheange atack damage range. for example some units have range atack 5-15 and mele 30-40 and defens from different types? Use 2 different ability.

Yes, shouldn’t be too hard. Make separate variables for these two types of damage on the HoMM unit. When setting the damage of the ability, get the value of one or the other depending on the Range variable of the attack.

thank you. the are can cheange the last point wath respond for attack? on map to remove last point deservet fo attack and for other unit make 2 times attack?

I understan this.
the question is 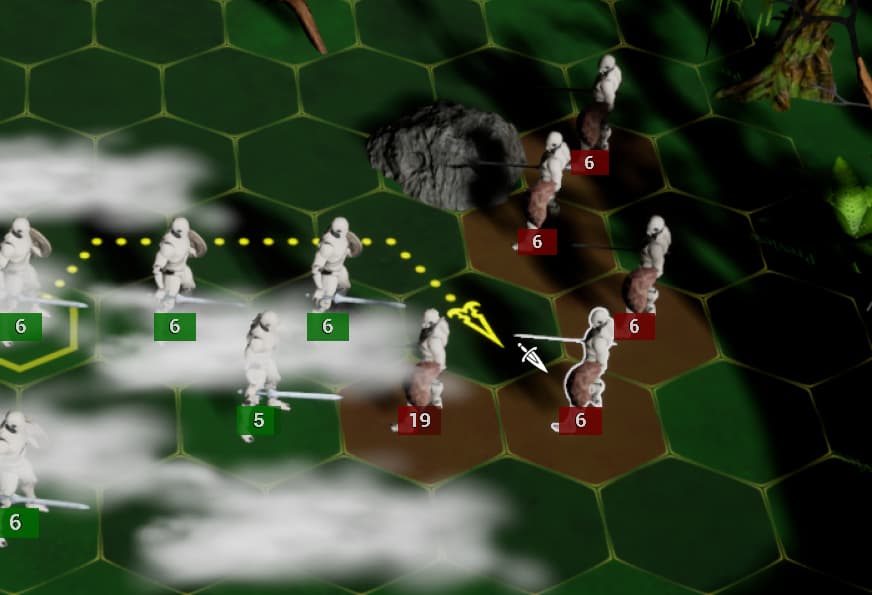 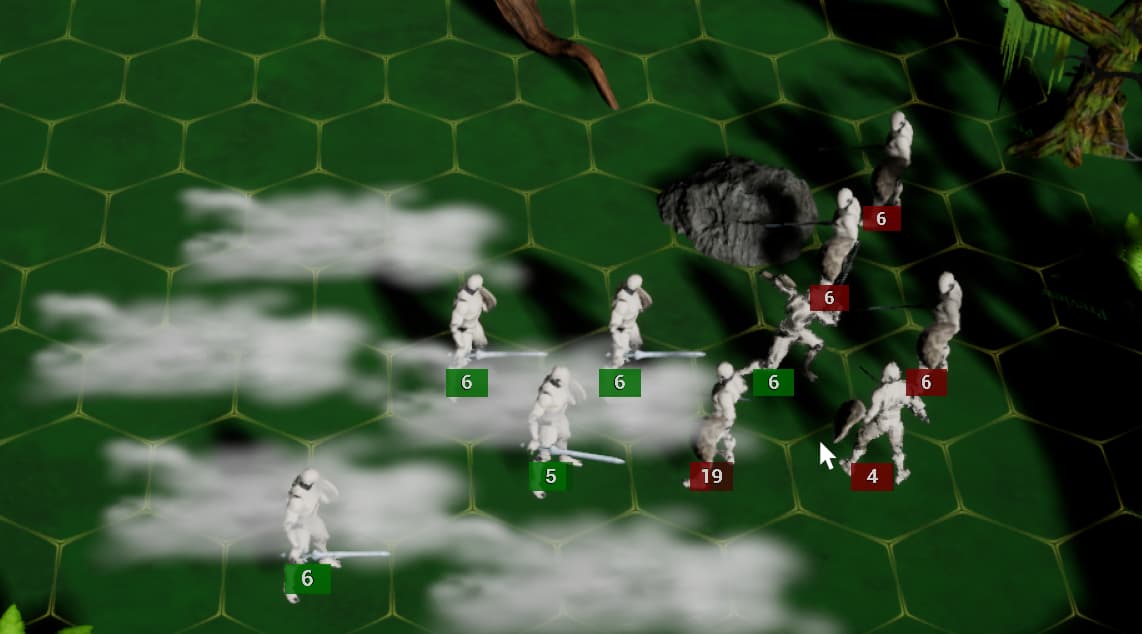 I understan this.
the question is

i walk first time and attack

and receive the return attack and the i can only attack no walking.
in some old versionyou told the exist some data with point wath are restricted for atack and can by cheanget to 2 or to 0.

o be able to move it again after it has attacked?

not move only attack second time.

ok, sorry but I’ll still need some clarification. So what you want to do is this:

And step 4 is what is not working?