woohoo thanks mate, I’ll try this right after dinner and let ya know how it goes.

Could i get a pic of the inside of the timeline please mate, im pretty new to those so far 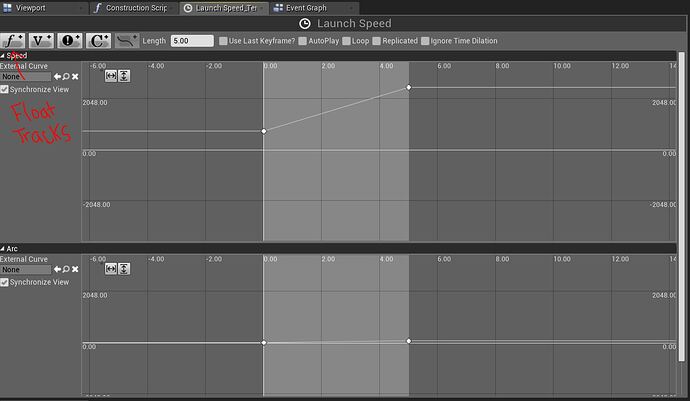 ah yea i see how that is now, thanks

Does the “launch Velocity” variable need any core settings?

woohoo it works!! thanks mate, I’ll work on customizing the tracer and stuff a little but 2 last questions please.

Depends when you want to destroy the tracer. You can destroy it on release when the jump is set just get the reference and destroy actor. Or the tracer itself can destroy on overlap with the player and you can code that event in the tracer BP. The forward movement is regulated by the arc and speed setup in the timeline. So remember this is a physics calculation based on start point and initial velocity. You’re not changing the initial location so the only thing you have control over is the initial velocity. The angle of launch which is the arc float track on the timeline has something to do with it but that’s not as straightforward. The other setting “speed” float track and the “length” of the timeline in seconds to reach max speed will control the movement in a direct way. Speed is directly proportional to forward movement, so the faster the speed the faster the forward movement of the tracer. While timeline length is inversely proportional the shorter the time the faster it moves. The longer the time the slower it will creep forward.

I’ll tweak and get it all sorted, huge thanks again mate.