There are city models that use GIS data, but they lack the details and rich colors that is known down in the Latin American area.

What method should I seek to get the city modeled?

I thought of two: photos taken from a drone, and finding someone local to the area

Any suggestions and help is much appreciated.

How detailed do you want your model to be?

I’m thinking… nothing super realistic, but I still want things to be reconized.

I don’t think I need every shop in the given area to be labeled nor need an inside, and the texture doesn’t need to be on-point. I’m thinking of more of an exaggerated/enchanced version of the colors the buildings have (so a stylized approach).

Sorry, I’m not sure if I answered your question or not.

Drones and Google Street View (or whatever it’s called) would help with most of what you want to create.

What would google street view provide?

I assume drones would be best because it can get pictures from varying angles.

What would google street view provide?

Thumbs up for the idea.

Its nice to see other cities get attention and not just the usual suspects from US / Europe. It’d be really interesting to see a futuristic Mexican city built around parts of Teotihuacan.

While Mexico DF has areas that cars can’t go iirc, for everything else Streetview is a free resource available today (it still requires a manual process to take advantage). Whereas Drones usually require permits / permission and come with real costs, so that’s one big difference / gotcha to consider.

Ideally you need to take a step back and figure out what kind of scale / quality you can get with the time you have and budget available. As you’re kind of locked into an art style / level of detail once you get started…

The new forums aren’t great for finding things… But its worth looking at high-end projects such as the French town of PAU. Impressive…

The creators said it involved planes / helicopters / drones and humans on the ground to capture it all plus lots of processing / fixing afterwards. I can only dream of being able to capture something like that, as getting all those resources together is hard. The other option at the other end of the scale is just capture the sense of the city (create 3D models or buy a few iconic buildings) and then just make something that is reminiscent of the place and so is more achievable, and maybe team up with others working on related projects.(México map - Overwatch style).

I can supply you with what we call a TQ4 (Tile Quality 4) model of any part of Mexico City you want. It’s based on Open Street Map so it has all the known benefits and issues of that data that I won’t go into here.

This is a short article about our Tile Quality. It’s relatively easy to swap one of the TQ4 buildings for a detailed model from somewhere else. That is the main purpose of our system - to provide context for detailed models.

Thank you! I also want to have a setting in Merida, Yucatan and Izamal, Yucatan.

Oh! The overwatch style is what I would want, but maybe to-scale? But I would sort of want a detail focus on key buildings. But by far, I think using the bright colors that’s used in Latin America would make the setting pop instead od making the building super realistic.

Besides, a stylized approch would age better in the long run, I think.

Do you have an examples to showcase the use of your Tile Quality pipeline?

There are images in this article. 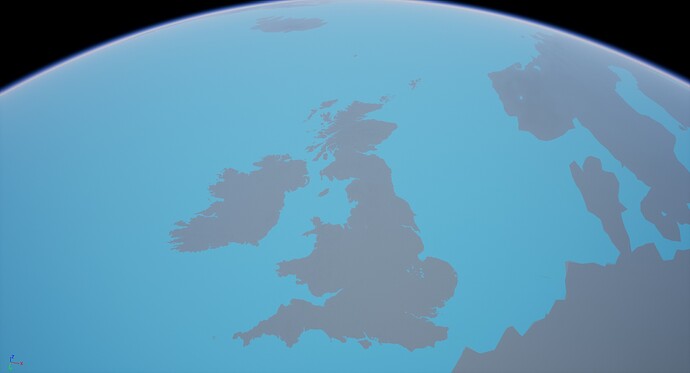 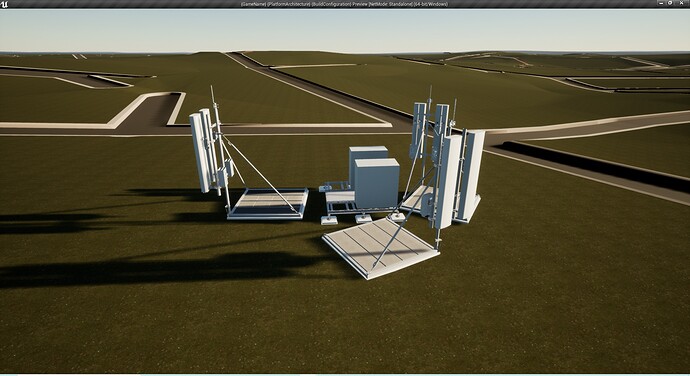 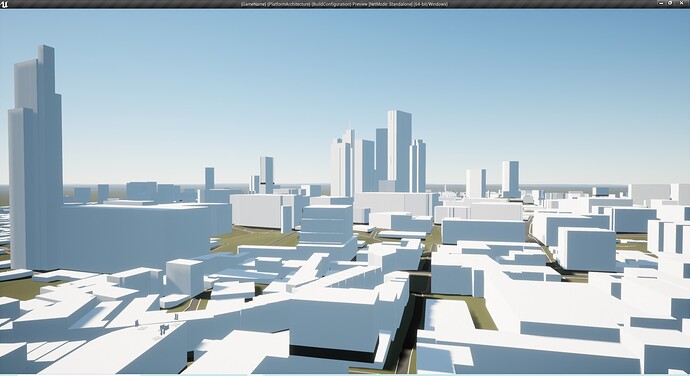 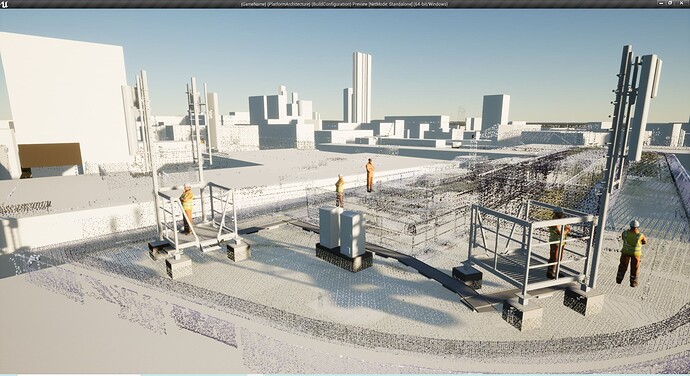 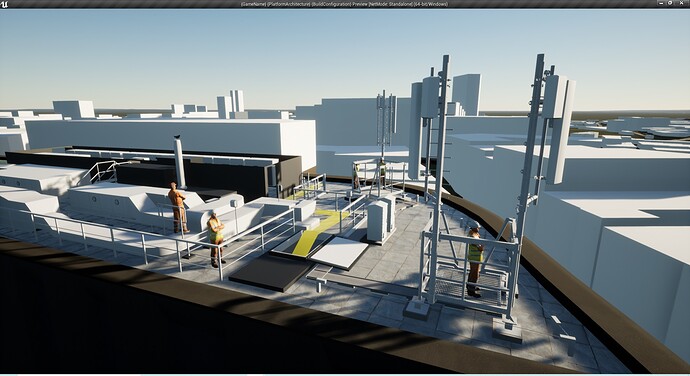 So… the idea is, you use street maps to get the layout of the city, and someone comes in and edits it with more detail?

What we have is a general purpose way of creating a less detailed model anywhere in the world. We are thinking of turning it into a Marketplace product that anyone can use, but we’re not sure if there is enough interest.

I don’t know if this is important to you but the system is based on latitude and longitude and the segments (we don’t call them tiles because that implies they are flat and square) are slightly curved so if you fitted them all together they would form a WGS84 ellipsoid. This means as you go “up” you see the curvature of the Earth and ultimately the entire globe.

I’m working on part of Sweden at the moment: 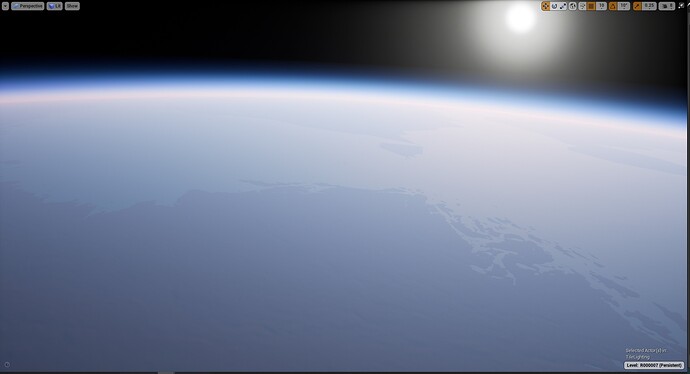 FWIW: We could model every road and building in the World. The only limitation is storage - we estimate 51 Petabytes. That sounds a lot but 1PB of bare-metal storage is ‘only’ about USD 50K.

What city is being shown in the examples on the website?

Also, you’d could sell the cities on the marketplace, as opposed to selling the program.

People with projects tend to just focus on a given area (like me with Mexico), instead of trying to get the while world built.

An accurate layout of the roads, an good view of the storefronts, probably an sense of scale for the buildings.

I would go for to-scale and accurate, but I just see most building not being entered into. So the layout would be there, with a play on windows so you can’t see inside. Though, the key partd I want to focus on would be enterable.

I’m going to have to research as to what places I want done. As I said, I’m not wanting th whole city, but things like those “hang out” areas people like to go to

What city is being shown in the examples on the website? 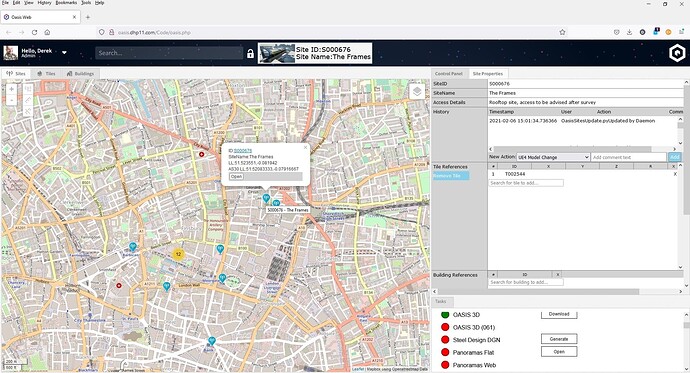 Also, you’d could sell the cities on the marketplace, as opposed to selling the program.

There are a lot of organisations selling bits and pieces of the World. We want to provide the tools to allow everyone to model it in 3D and share the results with everyone - modelling the world one segment at a time

Selling bits and pieces? Ah, maybe I’m not looking in the right places… unless you mean stuff like this GIS data map

That model of Mexico city is exactly the kind of thing that inspired us to create our system. We want to be able to create any city (or location) in the World to at least that level of detail - with the additional advantages that all our segments fit together to form an ellipsoid and you can change them in the UE4 Editor and at runtime. The runtime changes are available to all other users of that segment.

The other thing that bothered us (and this probably isn’t important to anyone else!) is that we wanted our roads and streets to have kerbs and pavements. We really don’t like the ‘flat’ look most models of this type have when you get close.

Here’s a not very good image of Valencia where you can just about make out the kerb at the edge of the road: 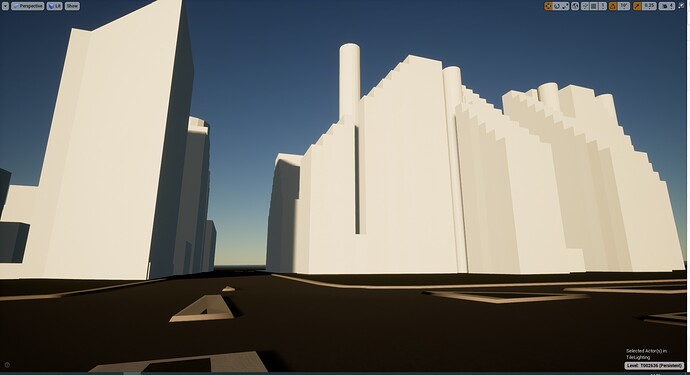 Here’s a comparison of modelling of the road network and the Open Streetmap one: 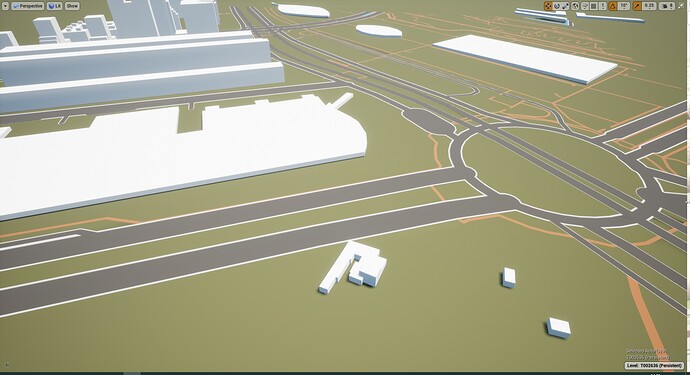 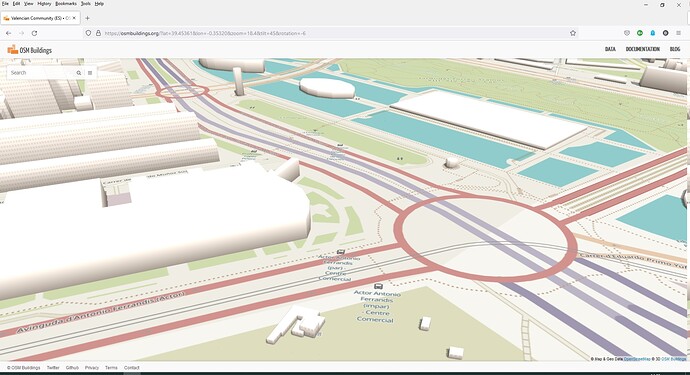 This is Valencia from the altitude of the ISS. You can’t actually see it but it’s there!

So, the model you linked to is great and a lot of work has gone into tidying it up but we’re really addressing different requirements. What if you wanted a model of Meson Viejo to the South West of Mexico City? You are just never going to find a pre-built model of that - and where would you start?

That’s the problem we’re trying to solve. Of course, we could be completely wrong. Maybe nobody wants a model of Meson Viejo

I’m going to send you a private message