We have been making this game in Unreal Engine 4 since mid September 2015, and have recently submitted it on Steam Greenlight! 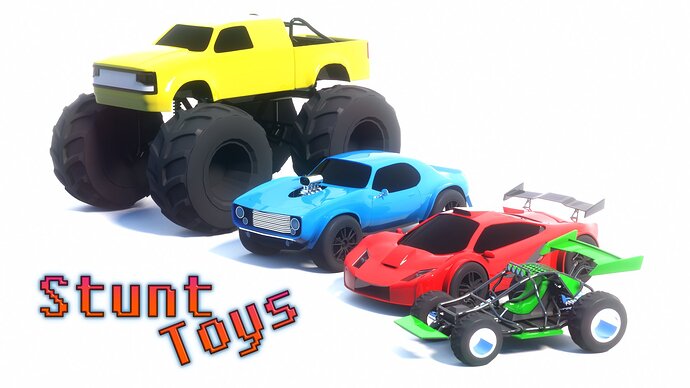 Single player challenge mode will test the skill level of individuals while the online multiplayer will see players battle it out or even team up in the vehicle based MOBA mode.

Players can experience up to 4 players battling it out in splitscreen multiplayer or go head to head in the tournament style playlist of the Party mode. *

The game has been Greenlit :D, Here is a link to the Kickstarter = https://www.kickstarter.com/projects/2015350614/stunt-toys