Studio of ARMA 3 says they have to make their own engine beacause the other engines don't give what arma 4 needs, can someone explain?

Flexible, good-looking, fast and fully multiplatform. Meet the technology for the next two decades of game development at Bohemia Interactive.

Why did you make your own engine? Couldn’t you just use something that’s already out there?

We built our own engine to make sure we could develop our games exactly the way we want to. For example, we want to work with technology that allows us to create incredibly authentic open world terrains and nothing available at the moment satisfies our needs.

Another reason is because most of our current games share a very distinct platform approach compared to a more standard “closed product” approach. In other words, we want to give our players and creators an open platform that offers them the same set of powerful tools that our developers use.

what does cryengine, ue and unity not have what they need? 0.01 meter landscape resolution? ue only has 1m resolution.

I just saw this: 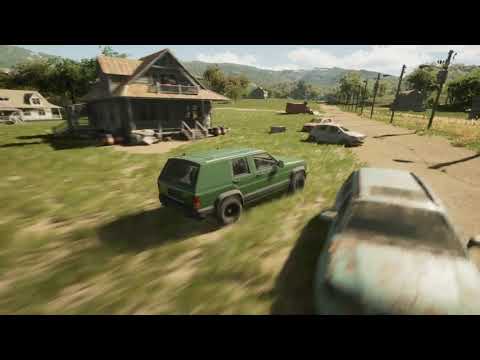 64 bit precision. No Public Engine I know off currently supports 64 bit precision (Unigine Does but only in it’s engineering license and ■■■■ that is expensive not to mention it makes you depend on Unigine devs).

Another thing with the current Arma Terrains the larger the terrain the less detail each tile will have, so it’s kind of double edge sword the newest CDLC of western Sahara developer talked about this issue explaining why their Map is smaller, he explained that they have those smooth soft Sand dunes that wouldn’t be possible with a bigger map size. Now maybe it’s because of that they wanted to develop their own engine.

Animation pipeline is another thing that was pretty primitive in pervious Arma Games they lack the Game-Driven Animation or as we call them Active Ragdolls or Procedural Animations in Unity/Unreal engines.

personally I think biggest issue with public engines is their world size, Star citizen which started with Cryengine than switched to lumberyard had it’s core systems converted to support 64-bit precision system because its massive world game which is also multiplayer Arma falls in the same category.

Networking Changes alot of things in Single player endless worlds are achievable with a few tricks but everything falls down in multiplayer especially if it has long range combat.

I call all this “kicking contest with pack of horses”, you just cannot win such thing.
Let me explain:

those are 3 examples about why it may be not so optimal to use unreal 4 for your game.

For ARMA i am guessing that huge maps while supported in unreal may be too heavy for their average customer PC. OR that while unreal was designed for FPS it may be quite hard to modify whole shooting logic from simple and fast model used in FPS to something like arma needs. I am guessing here, but there is probably list of unreal moduels they would need to rewrite.

And believe i tried few times to fight how unreal was designed, it is not preety, you fix it in one aspect you get 2 other screwed/messed. THat is why i started to call it: “kicking contest with pack of horses”.

edit:
Yes 64precission is probably that horse they do not want to kick.

Oh Yeah Totally forgot the pain train modding is in Unreal engine, I really hope Epic work on that.

32 bit /64 bit support , well this is realative , as no mater how accurate the maths when it comes to working with rgb video
the highest quality of 10 bpc (30 bit/px) , bpc is bits per colour in 4k or 8k is used in the DVB spec for broadcast video so 32bit word , split into 3 groups of 10 bits for r g & b
its only realy when doing vector math that 64 bit may make the image more accuate at range from the viewpoint

from memory arma 3 iirc was written ground up initaly by one dev , who just wanted a better engine than what was arround , not because there was not other engines , but because he could , licencing of them beeing the other , i tip my hat to him , well done

as for some devs if they know what there doing its far easier to write new code, than adding code to other projects written by others, licencing is the other issue that leave devs with no real choice

Well, other games somehow manage without it. ARK for examle.

Oh Yeah Totally forgot the pain train modding is in Unreal engine, I really hope Epic work on that.

If it was a “pain” as you say, there wouldn’t be so many mods on UT, for example. And this is one of the most modifiable games, by the way.
In short: do not write nonsense, dude.