Creating this thread to generally get feedback as I develop and learn, I am using Unreal Engine 4 for the first time for this project so please give suggestions on how I can further my development in learning the engine, this thread will also act as a “work diary” as such.

Overall idea for my assignment will be to create an escape room demo, for use with the HTC Vive, I’m focusing this onto one room for now, which will act as a hub area requiring the player to complete multiple solutions before being able to end the game.

Some initial concerns I have are:
Implementing VR into the title, it does not have to be perfect, as this is not targeting a full retail release, but does anyone have any ideas for suggestions and areas that may cause me issues?
Performance: Anyone have any tips to optimise performance? I’ve found a few for VR already, but the more optimised I can make it, the better.
I can use asset packs as part of my assignment, and I notice that some of them flag VR support while others lack it, is it safe to assume that packs of models etc will support VR anyways?

I noticed before that VR Preview in the editor was unavailable for me, requiring me to package the game to test or run as an standalone game, is there anything I can try to enable this as it will make testing easier in the long run.

I decided to spend my first week getting used to the Unreal Engine, I currently have made a few test levels to represent the “flow” of the prototype - an Introduction level, a small main level and a final “victory” level, I have managed to successfully add in the VR support and have functional play areas in which I can teleport and move around, and made trigger points to switch in between levels. The build currently starts with a small introduction room, at the moment I have a very basic way of explaining controls to the player, so any suggestions on how to make it more functional/visually pleasing are welcome.

Weekend Progress - I’ve designed a layout for my “Hub” area, the idea being down each doorway and tunnel lies another section the player needs to complete to advance. 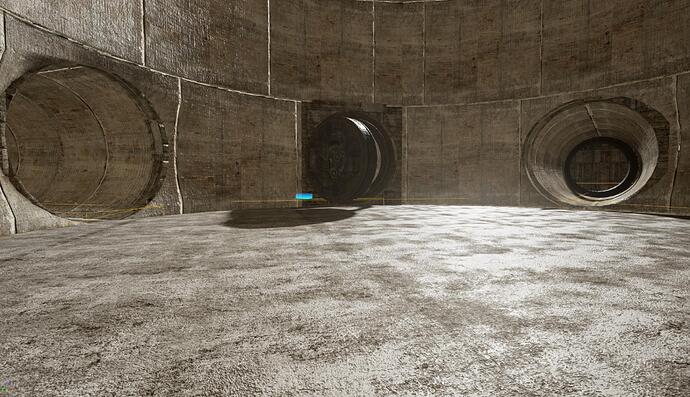 In other news, i’ve also designed my first room, part of my brief was to use a secondary camera in my title, I figured that the best way of doing this was to create a display at the end of my first room, once you reach the end of the hallway, a door in the “hub” room will unlock, I decided to do this to act as a tutorial as such to the player, and to teach them that their actions in one room will affect another room. 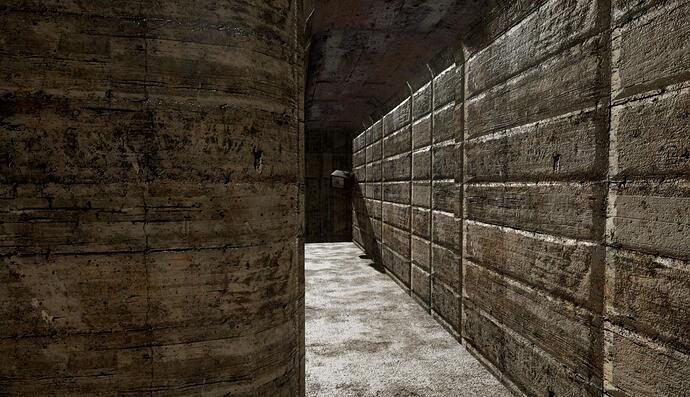 So, some progress and my first “stumbling point”

I have begin creating my second room, which basically acts as a maze for the player to find an object in to advance onwards. 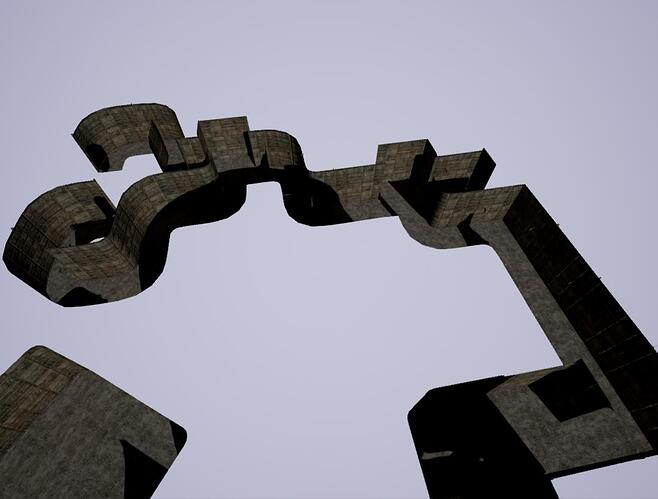 However, this is where my problem is coming into play. I’ve assigned a tag to the object and i’m trying to get the tag to trigger my door opening sequence based on some infomation I found here, however it seems like the box collision isn’t actually “detecting” my object when I place it in the area.

Here is my blueprint if anyone has any advice

Fixed the door over the week… created a basic gun static mesh and currently working on a way to create a “target range”, this will serve as my final area which will unlock the door in the prototype after a certain score has been reached.

Just a quick update since I haven’t posted in a while… Still working on the target range. I have the “range” itself mostly done now, with the spawning and scoring system in place.

Hey, DopefishLives I am also trying to create a escape game in unreal. However I have never used blueprints before and I am having a very difficult time trying to create simple interactions and what not. I was wondering if you could help me out with just how to begin.

Hey, DopefishLives I am also trying to create a escape game in unreal. However I have never used blueprints before and I am having a very difficult time trying to create simple interactions and what not. I was wondering if you could help me out with just how to begin.

I’m not an expert, but if you share your problem I can try help I guess. Out of interest, what platform is it targetting? I’m using the HTC Vive at the moment.

I’m currently having problems with my “gun” system, at the moment, it seems like physics is not applying to it, I can pick it up and move etc. but when I let go, it will stay floating in midair. I’m using the same physics setting as I previously used in one of my earlier interactables, but getting this different result.

EDIT: Managed to get that fixed, however as a result my firing mechanic has broken. Looking into fixing that now.

Yet another edit: I’ve fixed the firing mechanic, although I’m having an issue where my cast to start game isn’t working, this may be something i’ve overlooked, but at the moment it seems like the two blueprints are not communicating with one another.

I created my “end” room, which is just a quick edit of the starting room in the prototype build.

I am currently running what may be the last package of my prototype project. for the last few weeks, I have just been on cleanup and testing, and fixing up any issues along the way.

One point of note is controls: I am interested in feedback on my control scheme, at the moment, I have settled with

Touchpad: Teleportation controls.
Side Buttons: This is my main area of concern at the moment, I’m using them for grabbing right now, in my short demo it does not appear to be an issue, however testing has shown that players who are not familiar with the HTC Vive controller seem to have problems with this, this may also be an issue if the game is expanded upon and takes longer to complete, as the recent SUPERHOT VR uses this control scheme and I have noticed extended play can cause hand cramps.
Trigger: Shoot - Self explanatory, and nobody has had issues with this yet in focus testing.