I’m a HNC Games design student at south tyneside college and for my project i will be making a game on unreal 4. I have 13 weeks to create the game and the only requirements for the game is that it most be 3D,have something activated by the players input and include a camera change. I am thinking of making a horror game set in a submarine with the horror coming not from there being a monster or enemies but from the fact that the submarine is sinking. because the game will take place in the submarine the game its self will be small. my plan is to have the game be first person and have the game play revolve around the player solving puzzles which will allow the player to get to the escape pod as unreal 4 has oculus support built in I am thinking of trying to make it oculus comparable.

What kind of puzzles do you think you would use and how much movement will the player be allowed? if it is a one man sub it could be incredibly cramped and difficult to move. there are lots things that must be considered especially if the game has a time limit, being on a sinking submarine and all.

the proof of concept for the game has been completed with the basic submarine inside modeled and a trigger in game which floods the submarine with water as the player moves around. the next part of the part of the project will be creating doors which interact like the doors in a submarine and slow the water. i also need to make the game end if the water reaches a certain height on the player.

Very cool idea for a game actually. It reminds me of the movies Sphere or Abyss. One suggestion I have is that you forget about making it Oculus ready if you only have 13 weeks. Not that it can’t be done, but it will suck a lot of your time that otherwise might be used to perfect game mechanics and the look. 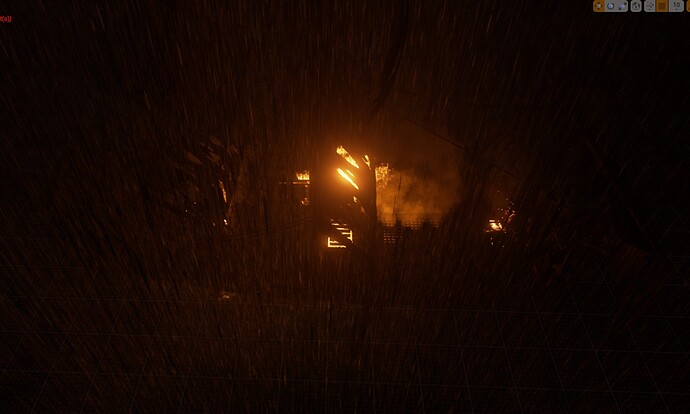 out of the three levels of the main submarine two are completed and the final one is getting worked on 3 smaller areas have been made to be shown in the opening cut scene and to add a element of story a small cut scene can be ativated when the player looks at a log book in game which will show them the sinking of an old ship in the 1800s giving context to what the submarine is looking for.

Those look amazing, have you managed to fix the elevator interactions you were having trouble with?