Can anyone explain how and where to modify the hyperthermal insulation values on structures. My Structures behave properly on the island but in scorched earth they ‘cook’ the player, causing them to die pretty quickly when inside them. It sorta makes the ‘shelter’ part of your house invalid. I have tried adjusting the hyperthermal insulation value under the stats portion in the primitiveitemstructure blueprint but that didn’t seem to have any effect. I compared them to the adobe structures looking for discrepancies and I only found one stat that was different. Not sure why they would behave so differently in scorched earth, if anyone has any ideas I would appreciate any assistance, I am pretty sure that it is a minor setting somewhere hidden that once discovered will be obvious but I am currently stumped.

Update: I have Compared native Adobe Structures and Our Mods Base Structures and They have exactly the same stats other than a few obvious differences. In the Dev Kit They both show exactly the Same Insulation value. They behave perfectly normally, it is ONLY in scorched earth that these structures behave Completely weird and basically cook you. Could this be a bug in Scorched earth?

Not a bug, intentional. The insulation values are set in the scorched earth day cycle manager and vary depending on the structures damage type. You can override those values on begin play of the structure like so -

Thank You so VERY MUCH! I Will look into this and see if I can get it sorted…

P0k3r, Help me understand exactly what is affecting what here. You say that the damage type which is This setting … 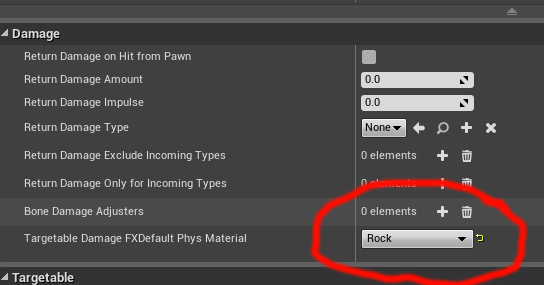 (I hope/think) affects the insulation value for the structures. BUT, the damage type is identical on my Mods structures and the Adobe Structures, why would it treat them differently? … Or am I mis-understanding something here? Also In trying to implement your override solution I cant seem to Cast the Day cycle manager to the scorched earth day cycle manager… and not sure how or what should be the data array for the new structure settings or new values. Would you be willing to elaborate? Sometimes the Blindingly obvious escapes me. I am still very new to this.

Wrong damage type.
You’re looking for - “StructureSettings_BrokenByXXXX”
Do “K2 Get World” then you should be able to get the daycyclemanager and from there you can get SE daycycle.

This is what is in the Scorched Earth daycycle manager 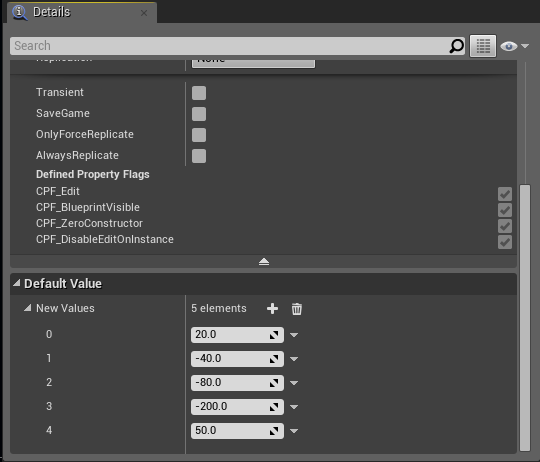 Bingo, That was the issue, I had it set to something different… Not sure why broken by explosive would have a tendency to COOK you in hot climates, but then again lots of stuff doesn’t necessarily make 'sense" in here Grin.
Thank you, and extra thanks for giving me a way to add special damage types to my structures, I am sure sometime in the future I may need that little nugget as well!!
Cheers!
Thugg!

Well, brokenbyexplosives = metal.
You’ve obviously never been inside a metal building in the desert. A common metal storage shed becomes an oven during the summer here in Arizona.
And you’re welcome, glad to help