hey guys , i have a problem with the structures in ue4 right now

i created a widget that contains a structure . on creating the widget i set the struct for it (exposed or set afterwards)

same happens when i create a custom event and put the struct variable trough it , the watch values are default. 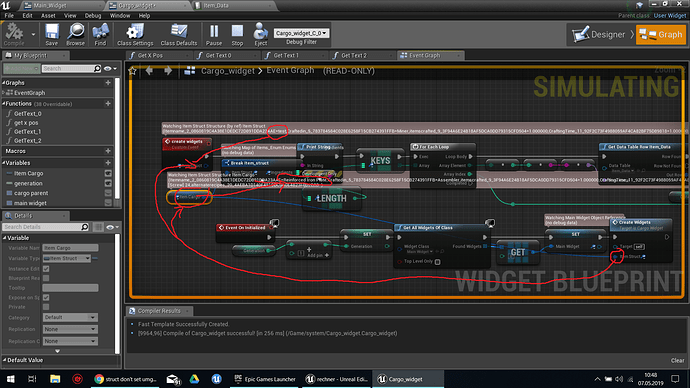 i am trying to explain this as good as i can here… this happened the first time for me with structs
thx for the help in advance!

okay maybe on event initialized is not the right beginning , using event construct works better and gets acces to the variables