Struct Array populated in defaults is empty on device

I have a struct array on my character

I populate the array in my blueprint defaults. All works well in the editor and mobile preview. However when I run the game on my device (Galaxy S5). The array is empty?

Returns 3 in the editor, and mobile preview but 0 on the device.

Can’t for the life of my figure out why? What makes it even weirder is that I have another TArray of structs, populated in defaults on my character, that’s retained as expected on the device!

Here’s the struct for reference 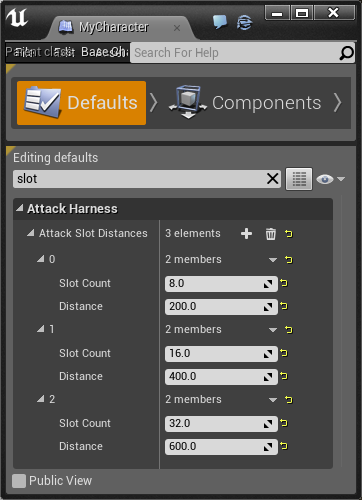