The weird thing is that numbers, currency and the language code itself are returned correctly when I change the language. Only the localized texts are not correct. 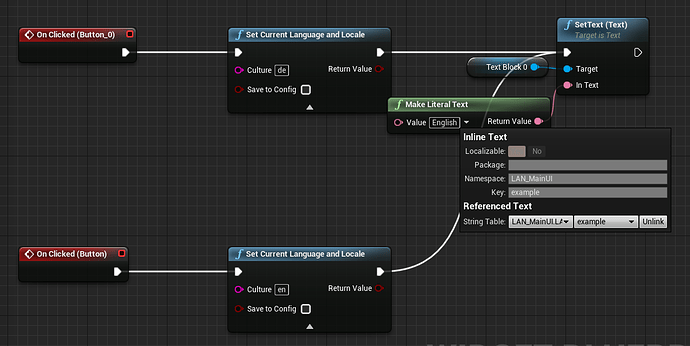 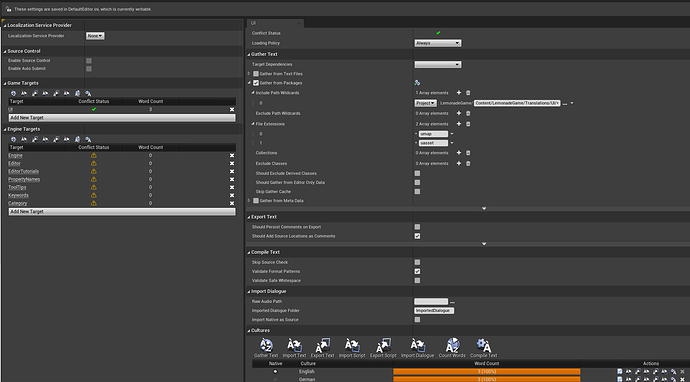 I don’t know why but another recreation of the game target worked.
Things which may have been different to before: 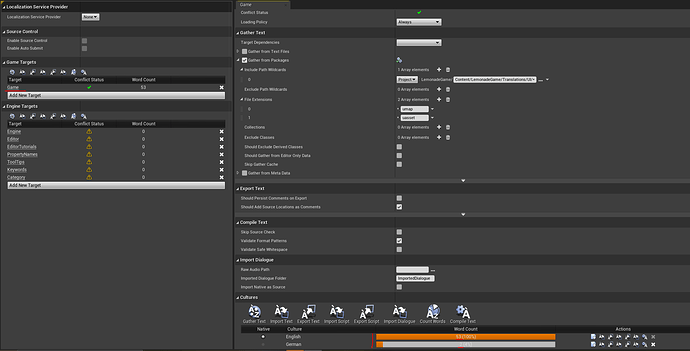