I used Streaming Level to load the level with loading Screen (that is also a stream level). I´m having diffiult to spawn the character correcty in the Player Start (spawner). When i play in the editor, it works, but when i pack, it fails.

I simply don´t get it.

What is the best way to make this?

What do you mean when you pack it fails? Are you receiving a package failure, or does it package and then crash upon launching? Please explain in further detail what is happening.

Sorry, i didn´t have time to respond.
Well, the problem is not the packing itself. Let my try to explain:

I´m creating a little and simple game, with Splash Screen, Main Menu, Loading Screen and the game itself. I´ve created a Persistent Level and then added the levels in there.

Start with “Persistent Level”, just loading the Stream Level “Animated Splash” and Remote Event with the name: “LoadingSplashScreen”, as following the image next. 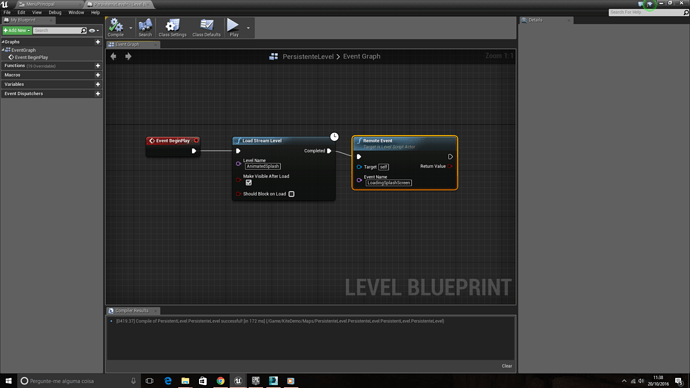 In “Animated Splash” Level Blueprint, simply create Widget, Delay, Load Stream Level “Menu”, also adding a delay, i don´t know why, but if i put just one, doesn´t work correctly and doesn´t delay. After it, i remove the widget, add a Remote Event called “LoadMainMenu” and Unload the current Stream Level. As following the image. (i put like this just to printscreen). 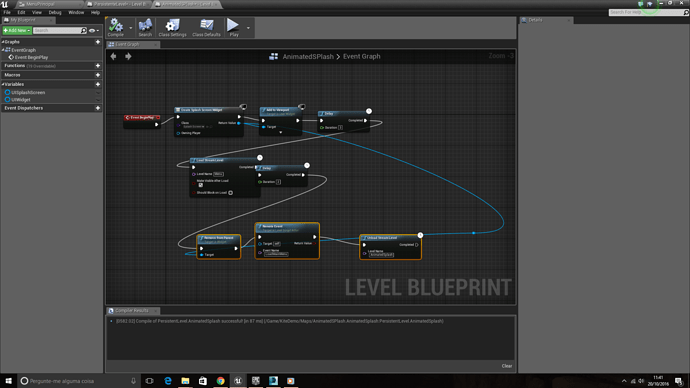 In Menu Level Blueprint, almost the same as before, but setting The Input Mode UI Only and set to show mouse cursor. 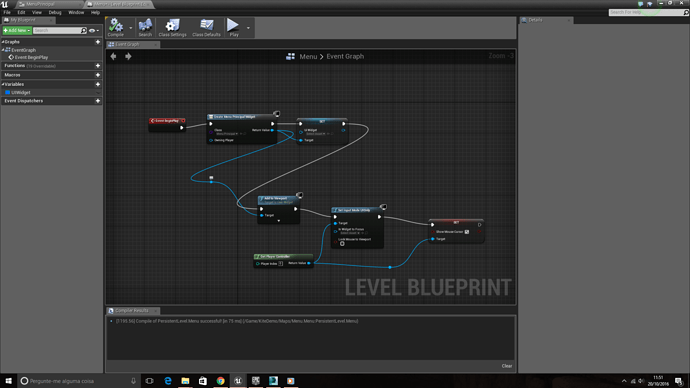 In the Widget “MenuPrincipal” I had to use Open Level because it weren´t able to use Load Stream Level. As you can see, there is an unplugged funtion, that´s the first big problem: If i plug in the “Load Stream Level” to start “Showcase”, the Loading Screen doesn´t start. 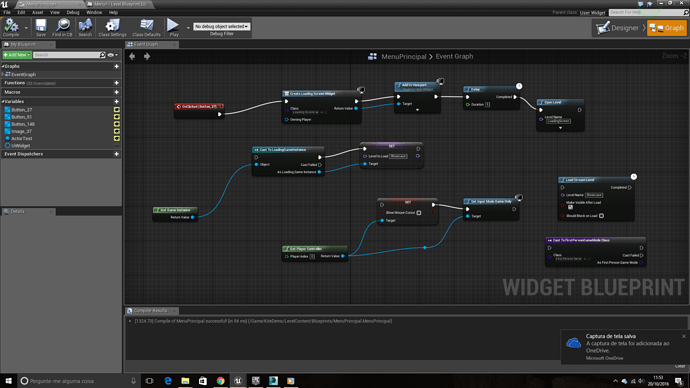 Just take a look in the “Loading Screen”. I have many things i´ve tried to use, i understand the logic, but didn´t work for me. 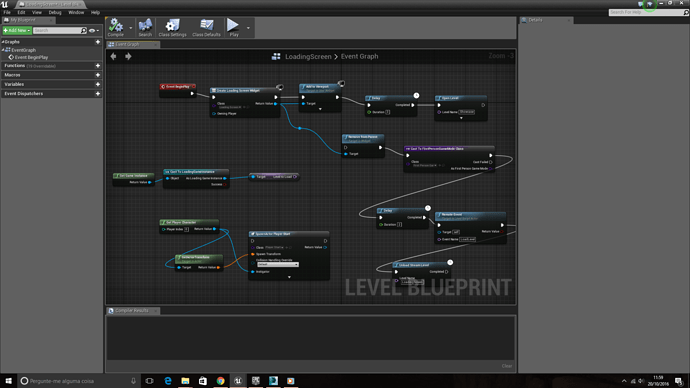 Thanks for the screenshots. I’ve set this up on my end and I’ve ran into errors. Could you upload either your project, or a sample project for me to reproduce the issue with. If you’re using a specific tutorial, include that link as well.

Thanks for your patience.

Sorry for the late.

The project is very big, so, i´m not possible to share, but watching this tutorial above, you can presume that i´ve tried to follow, but there are somethings confusing in some parts.

If you don´t mind to watch and try it for youself, let me know. Thanks you Samantha.

Thanks for providing us with the tutorial you’re using.

So, the easiest way to test this is to create a sample project, which I have done. I have a persistent level and 2 streaming levels which I am using. In this blueprint, it also checks for whether or not the level is visible and if not, then it won’t unload a streamed level. 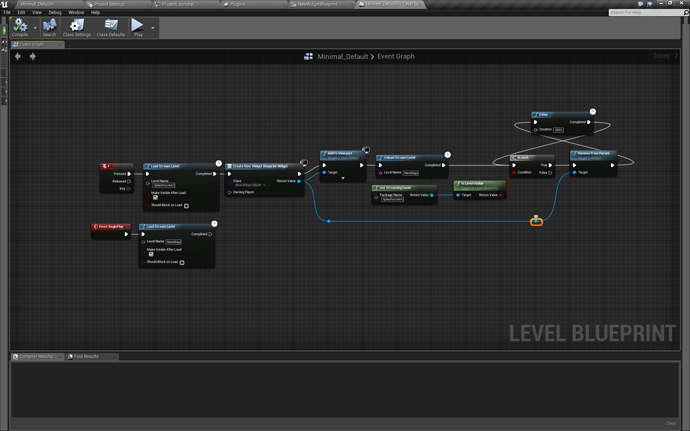 While switching in between the levels and the UI, I did not experience any movement with the player character. As long as you keep your character in the persistent level, your player character shouldn’t be moving out of alignment on the screen.

If you’re looking for a more simpler approach to loading screens, you may want to [review this tutorial][2] as well.

I hope this information helps you fix what’s going on in your project.

I´m not trying to do the transation using the player. It´s very simple, just alternating between the Menu and the Level itself, click on “Game Start”, load stream level and initiate. Just that, and don´t want to load without a running screen.
I´ve tried what you have done, but didn´t work.

And this tutorial you´ve sent won´t work for me, because i´m using a button in the Main Menu.

I have provided you a solution to the issue you were having. When packaging my project using this blueprint, the streaming levels are properly used and the player character isn’t offset.

If you’d like to look into other ways of achieving the same goal, you may want to look through the forums or create a post there.

I think you didn´t understand me. I´m not using an inside-game actor by pressing F or anything. It´s quite simple that i´ve said. In the Main Menu, i want to click in the Game Start button, load the stream level without tilt and then start the level. I understand that in the way you did, work it, but it´s not the answer for my case.

You didn´t explain where you create this blueprint, if you created just one, it´s missing some explaning, if you don´t mind.

I´ve created this post here for that, if i have found the solutions in another post, i wouldn´t need to create this one right?