Hi!
I am trying to make a modular floors and walls, so I got one box primitive (200cmx200cmx19cm) and I unwrapped it with second channel that have the uv islands aligned to the grid with grid size 0.015625 aka 1/64 = 0.015625 (64 is the planned lightmap resolution). Everything looks perfect in 3ds max, but when I import the box in UE4, choose the second channel, bake the light, turn on the lightmap density and then I see that the UVs aren’t aligned. What am I doing wrong? If you guys have some suggestions please post them in the thread. Thanks in advance. 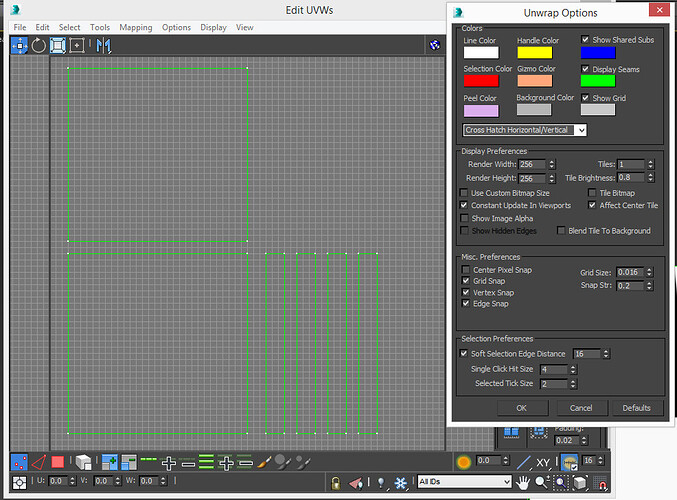 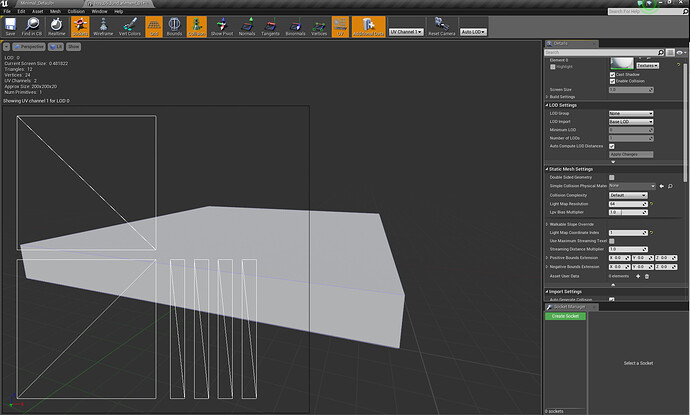 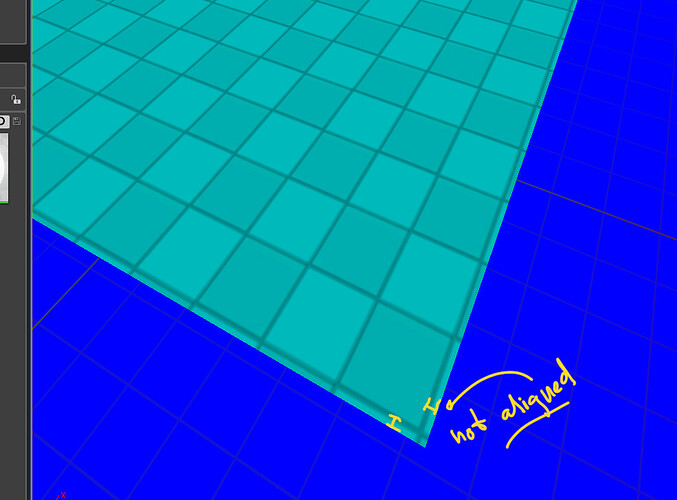 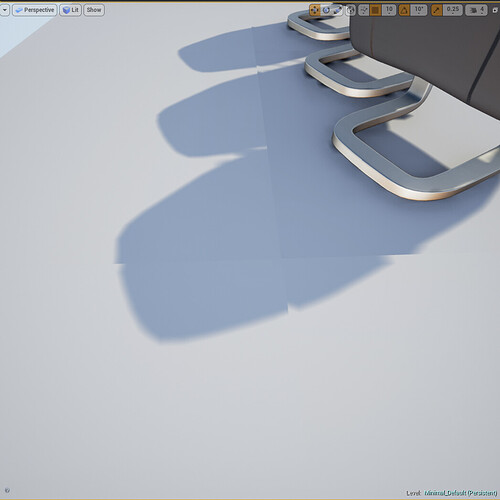 Anybody knows some solution to that? There is possibility that I am forgetting something small thought I did everything in this thread https://forums.unrealengine.com/showthread.php?46269-Modular-Asset-Lighting-Problem and still I am not getting the desired result. Is it possible that there is something in the exporting/importing stage that I am missing? Thanks in advance.

The surface looks like it does not have any smoothing groups applied.

Check the FBX options and make sure smoothing groups is checked so that they are exported.

When importing if you make your own UV map be sure that auto generate light maps is unchecked.

It should line up correctly, though you won’t be able to fix the slight difference in shadows. Those meshes should not be constructed that way, you lose performance by having more draw calls than what you save by instancing the meshes. They’re too simple to be of any benefit, it’s better to make the whole shape a single mesh than to build it out of multiple simple shapes.

You should use a 62x62 grid http://reddit.com/r/UE4Devs/comments/246whl/the_most_important_thing_about_lightmaps/

Also you want as few islands as possible in your UV lightmaps. That’s the real problem.

[EDIT] Distortion in lightmaps is trivial. Most of the time UE4’s auto-generate lightmaps does the best job. The only time I wouldn’t let UE4 create light maps is if it was causing problems. That’s only happened to me once before.

You want something more like this. Though also sewing/welding the UV edges that are highlighted is probably better

Hi guys! Sry for late reply, I tested the 62x62 thingy and it worked like a charm. Thank you very much for the help guys!