Love the program. it’s kinda crazy but would there be any way to export a mesh that looked more like the point cloud previews that the program displays? I really want to be able to see that dot world world in VR. 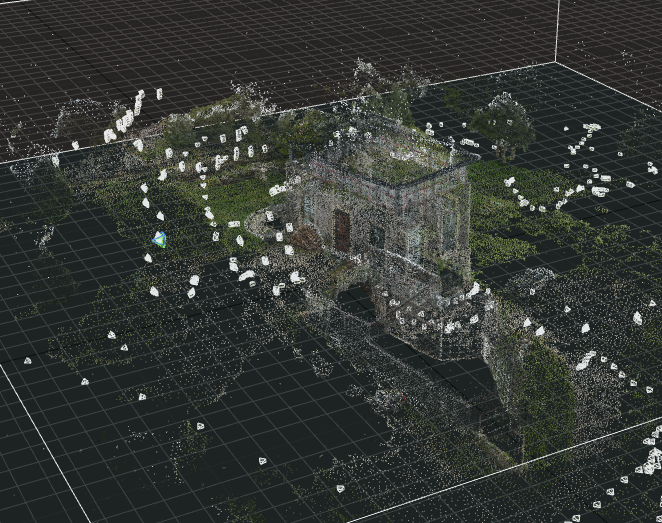 Sorry if this has been asked/if you read this and think I’m dumb for asking, just thought it’d be interesting

Click on MESH where you export OBJ FBX and other, and choose XYZ fileformat ( pointcloud file )

He would need to calculate a model in preview that is based on the sparse point cloud first though, right?

He would need to calculate a model in preview that is based on the sparse point cloud first though, right?

not necessarily, you can also simplify the model, which would probably be a much more flexible way to achieve the desired result

True.
But he showed what looks to me like the sparse point cloud and he was asking how to export it.
Depending on the hardware available it would also be much quicker with preview.

Wishgranters way will export the sparse cloud only unicolour, which is not quite the same as your preview.
XYZRGB I could neither open in Meshlab nor in CloudCompare. Is there any other program that can do that?

Teddy, that’s one hell of a studio you got there!

Is that a country-house folly or a part of an industrial complex?

thanks yall! the programs im working with (destinations and unreal engine) seem to enjoy obj/fbx meshes; but i’ll play around to see what works… i had a feeling someone might suggest a method involving the simplify tool.

the studio is of my favorite places in the world, i’d say its a little bit country and a little bit rock and roll… here’s what i made from my regular render last night & the stuff i made today! i’m gonna go back on a sunny day and get some better textures, but for 2 hours on a cloudy day i was pretty happy with this.

we make some crazy cube sculptures out of rock that i’m gonna use RC to build 3d models of to sell/use for game design, i’ll post around again somewhere if you guys are interested in seeing what comes of it! (i’m sure i’ll need help again, haha)

XYZRGB I could neither open in Meshlab nor in CloudCompare. Is there any other program that can do that?

Choose “XYZ Point Cloud” in the ‘Save as file type:’ drop down.
In the next dialogue, make sure ‘Export Vertex Colours’ is set to ‘True’
Save your file.
Edit the extension of the file you saved from.xyz to .txt
Open Meshlab
Go to File > Import Mesh and navigate to the file you renamed, select and Open.
In the dialogue that pops up set:
‘Point format’ to ‘X Y Z R G B’
‘Separator’ to ‘SPACE’

Very nice manual, Vladlen!
You are talking about Mesh export though, right?
But in theory it schould be possible to do the same with the sparse cloud under Alignment - Export - Points Cloud and select xyzrgb, then just rename that and continue like you suggested…

Problem with sparse cloud that is a “dirty” data.
Mesh in RC is a “clear” Because it a result of mixed steps including depth fusion, noise redusing (on meshing), photoconsistency mesh refinemen, etc.

But i think generating High resolution mesh is a useless.
For cloud visualisation just mesh with 2-4 times downsampled images. Export result mesh to MeshLab or any other tool. Subdivide several times for 20-100mln poly mesh. Import to RC back, colorize vertex and export as cloud.
Or just skip import step, reproject textures from “small poly” original mesh to subdivided vertex in MeshLab and save as cloud format…

Vladlen, your suggestions are really good - never even considered of such a procedure but I guess it could deliver quite nice results.
I was just trying to keep as close as possible to the question of the TO.
Because I know that it can sometimes be frustration if one asks a question and gets all kinds of helpful tips but no direct answer. Very often, there is a better way of achieving something, but sometimes there is a reason for a very specific workflow…

Thanks so much… I’ve had to put this particular project on the backburner for the time being due to work and personal stuff but I am so grateful to have this information and that this has proven to be such a helpful community and incredible program.