I have been using Unreal for quite a while on and off, but i’m still a relative N00b. I have been working with Sockets to attach doors to a static mesh. My big problem is with the pivot points.

The model is being created with Blender. The first door has a pivot point about half way up the right side, and it opens outward. Door in Blender: 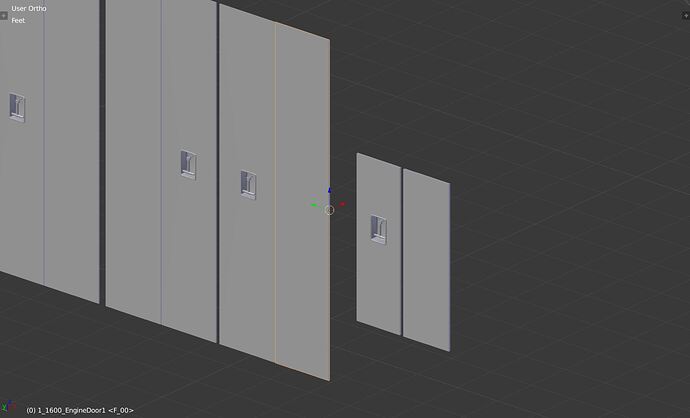 After export to FBX and import into the Content folder, the pivot point for some reason has changed: 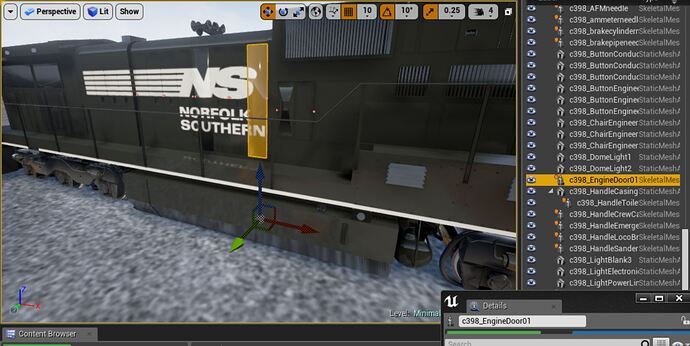 It should be noted though that in the Mesh Editor, the pivot point still shows in it’s original Blended location: 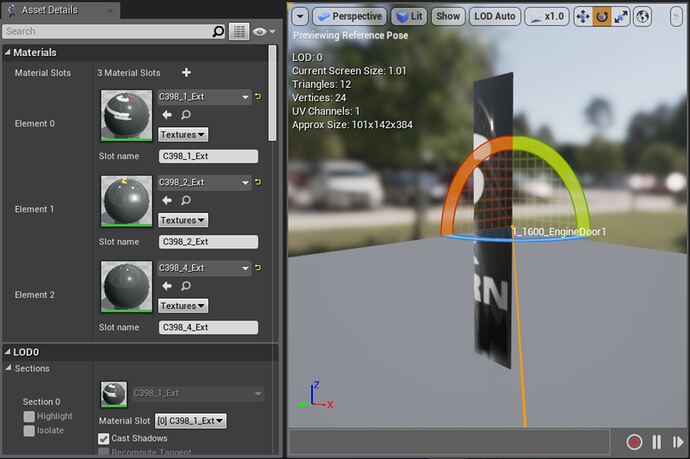 After attaching the sockets to the static mesh: 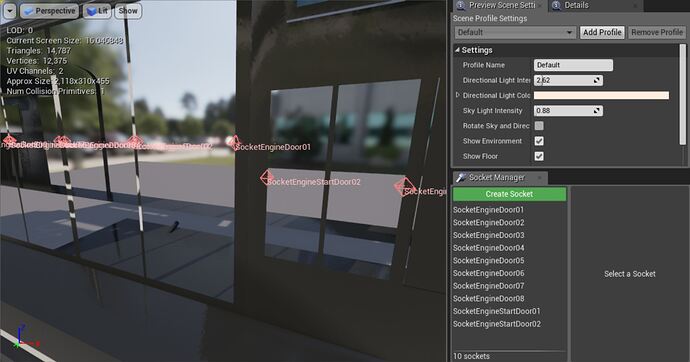 I use ALT-MiddleMouseButton to move the pivot point of the door to the correct point on the door and try to attach to the appropriate socket.

The door never attaches to the proper socket or location. Also, the sockets, even though they are shown to be there, do not show up in the Detail list to be attached to. I have to select the object then mouse select the socket.

UE4 puts the main pivot at 0,0,0 or the center of your scene. I believe FBX Scene Import respects the relative locations of assets, but I haven’t really messed with it.

You are correct in that the scene imports each part relative to it’s position in the creation software. I can import the main static mesh and position it at world 0,0,0, then all other objects can be imported to the same coordinates and be in their correct positions on the mesh.

As far as socketing goes, I’ve progressed a bit farther with this. After placing the part that you wish to attach into the world, click on it and bring up the drop down menu. Click on Attach, select your target mesh in the Detail Editor. THEN a menu will pop-up that shows all of the various sockets that you have placed on your static mesh.