Hello everyone, this is Bullet Sorrow VR’s dev log for developer, which EA version is released on Steam Dec 1st, and list in Steam’s Top Seller: 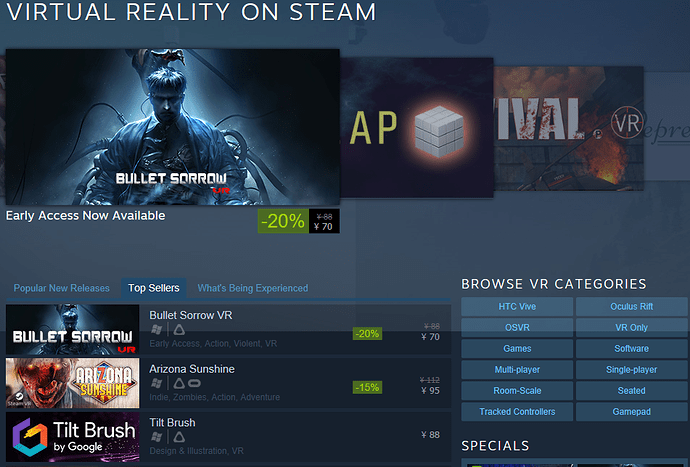 I don’t know how everyone else feels, but I have sweet memories from my childhood of arcade games. When I started making games in VR, I realised that without thinking I was making them in the style of these arcade games from my youth. It was a completely natural progression for me.

The basic structure of the game is now done. 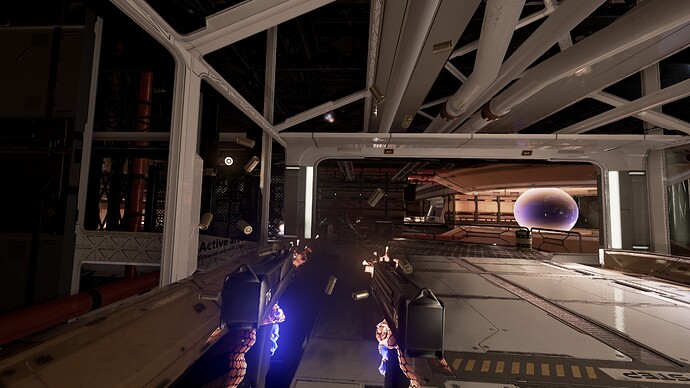 HighresScreenshot00014.jpg2560×1440 778 KB
Maps
We’re varying the lighting effects between each map to make sure every level brings a different atmosphere. We really want to create a unique experience out of a VR arcade shooter; rather than the same old action taking place in a lab, just killing zombies or robots, we would rather bring a fresh perspective on circumstances that might actually take place in the near future, and I’m happy with the progress we’re making here.

For the operation of the machine guns, we’ve adjusted all the little metal flicks and sounds in great detail, along with the rhythm of the shooting and reloading time, making for what I think is a pretty experience!

The company’s secret army; 2/4 of the soldier classes are now complete.

Heavy tanks: Elite security; semi-mechanized humans with a heavily armoured exterior and huge weapons - so slower, but stronger and more powerful. They’re super expensive to hire because of the cost of their creation. Their principal weapon is a minigun which can shoot over 3000 bullets per minute.

Ninjas: A secret group inside the company; all members are female, because of the need to move with speed, flexibility and agility. The material of their unique uniform is similar to the gloves of Nova, one of the principal protagonists. Their main weapon is an energy particle blade, which seems to be able to cut through anything.

In the near future of the 2030’s, the mysterious global arms corporation, named only “S”, has made incredible advancements in the field of weaponry and human augmentation. Little is known, however, of the depths of the enigmatic company’s experimentation and the true limits of its technology.

You, the player, wake up in one of S’s air bases with no memory of how you got there, but possessing a powerful ability allowing you to influence time. Before long, an apparent ally named Nova appears to guide you through waves of enemies and ultimately help you retrieve your memory.

Your objective is simple and clear; break into S headquarters, find out who you really are and expose the secret at the dark heart of a sinister corporation.

With Nova’s help you begin to learn more about your new power and how to use it effectively, soon gaining the upper hand in combat. Soon it becomes apparent that things are getting easier and easier, and this in itself could be part of a bigger and more elaborate plot…

You: Ex-employee in Company S， inadvertently found out the biggest secret of the company and was consequentlyhunted down by its dangerous secret army. Amazingly you survived this first encounter and have now awoken with no memory and a unique ability.

Nova: A mysterious young lady that guides you with messages and support, helping you develop your abilities and start dominating in combat. She only appears via messages, however, never appearing in the flesh.

Fast-paced dodging and shooting inspired by classic arcade shooters like Time Crisis, but with the freedom of movement and graphical beauty of the new generation. Enemy AI is advanced and will force you to think on your feet, while the ability to blink into different bunkers around maps will help you to manoeuvre and outflank your enemies.