Guys, have a serious problem: I have made a project with AdvancedSessions plugin and once I try to run the DevelopmentServer build (because this was supposed to be a dedicated server project) I get this warning (the last one in the console on the picture). The first 2 shouldn’t be the problem since they’re just naming warnings.
And as a result my server doesn’t show up on the servers list on Steam. Every time I run my server.exe it creates the steamappid.txt file which is ok. Anyone? 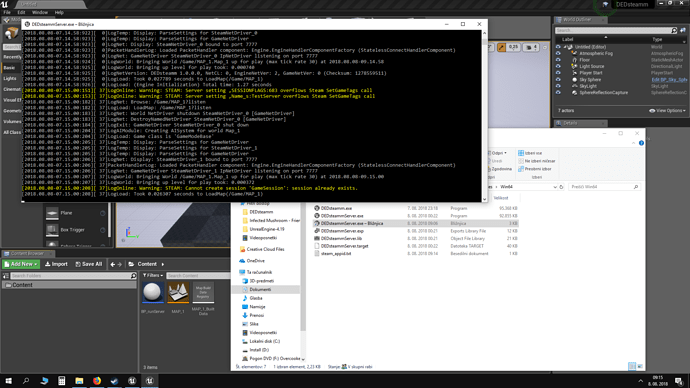 Ok, I managed to fix it. The problem was in my project, where I opened the same level in which I hosted the session and the actor, that was hosting the session, had the CreateAdvancedSession node plugged into the Event BeginPlay meaning that this create session node will continuously fire.