Hello everyone, I have created a simple door physics opening function which can be affected based on the movement of the mouse in the x-axis. This in turn affects an arrow component which is the parent of the door and controls the door’s rotation as a pivot. 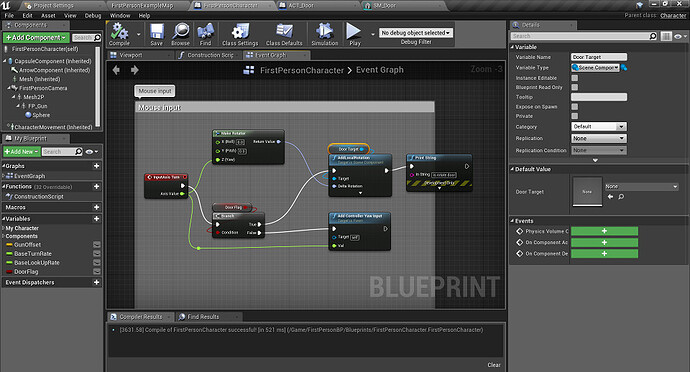 As you can see in the following image within the actor blueprint class, the door(static mesh) is a child of the arrow component. 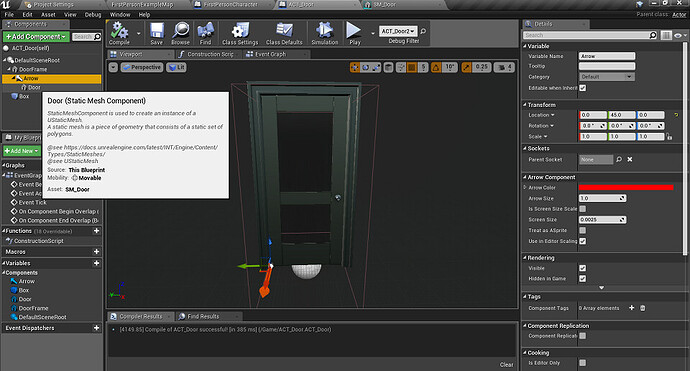 Here is the event graph functions that has an overlap check which works with the player to determine whether the player is near the door or not. Everything is fine here. 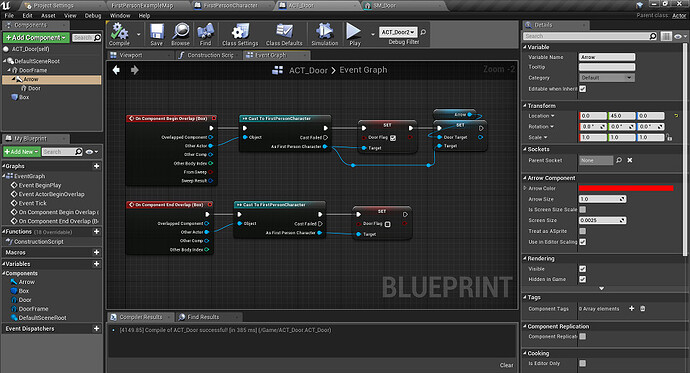 The caveat now is when I attempt to go near the door and move my mouse to the left or the right in play mode and realized the door which is the child of the arrow component detaches itself from the arrow which is supposed to control its rotation. 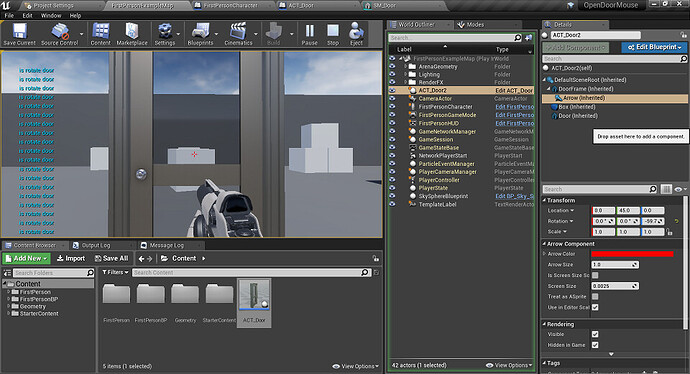 So, the problem now lies on the reason why the door child stops being a child of the arrow component parent when I attempt to test the project out in play mode. When I exit from play mode, the door returns to its original form and is a child of the arrow again. Any solutions and explanations to this problem is appreciated. 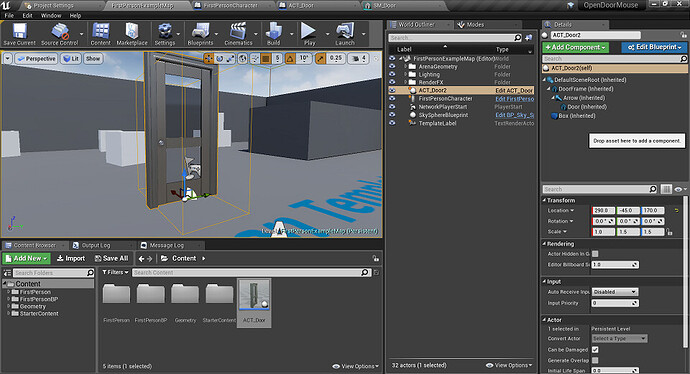