Hey guys! I’d be extremely grateful for any help!

I want the sprite to look like this in-game (as in this preview area): 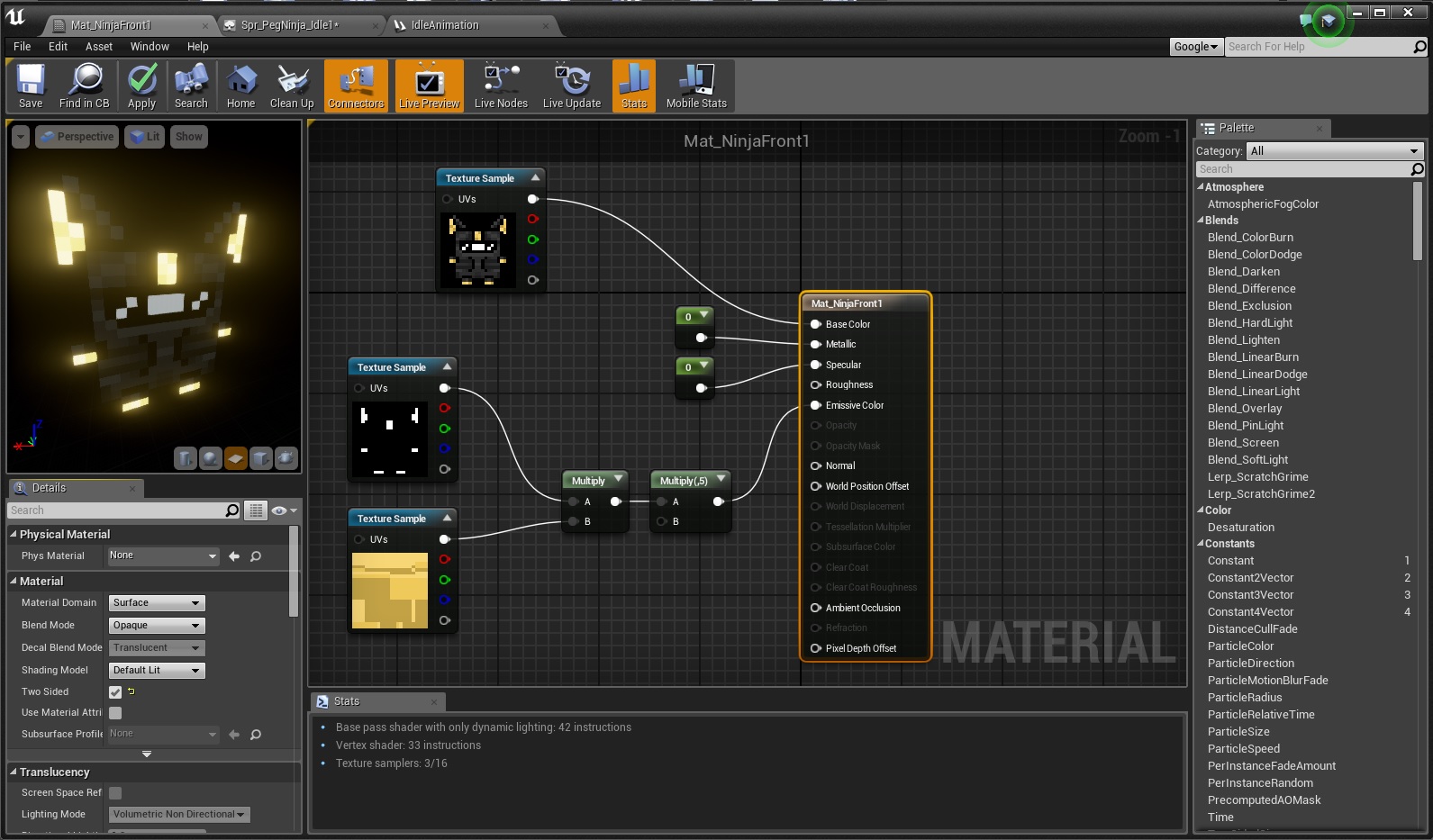 This is how it looks (no glow, masking doesn’t work): 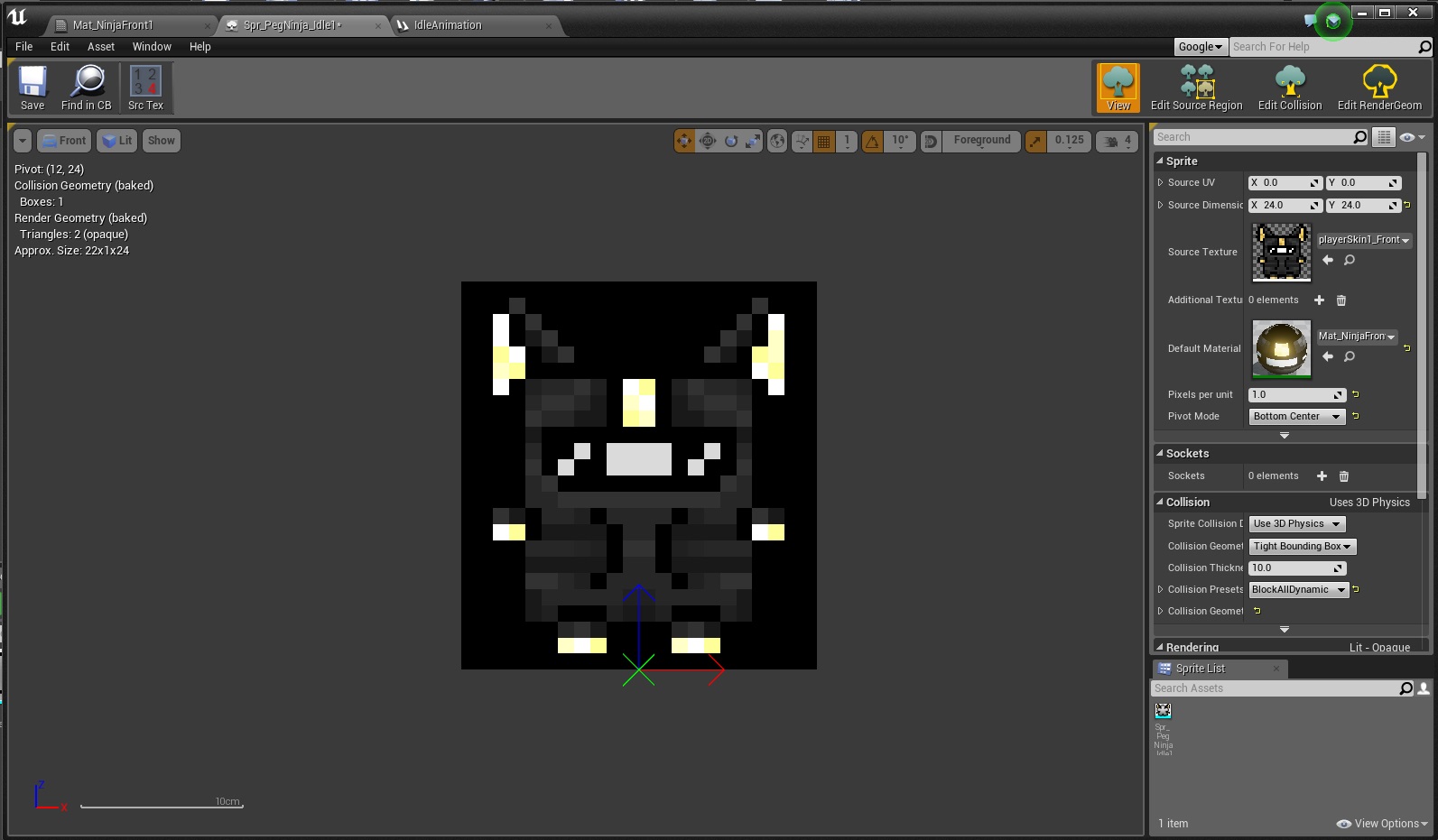 As you see on picture 2, the glow wants to apply, it brightens the diffuse texture (gold) to almost white-ish colors, but it’s only brightness on it, not glow. Also the masking doesn’t work, but on the material preview it does, there’s no black square.

I’m almost certain the problem is that I’m using the wrong maps at the wrong nodes, and some setup on the left side properties of the material.
(PS: tried Unlit/Masked/Default Lit and Transculent/Opaque, no success with current setup)

Please if anyone has a solution, help me! It’s my first project with sprites, don’t be too hard on me!

Thank you in advance guys!

How does the sprite look when placed in the game?
Do you have a screenshot of that you can share?

If you place the sprite in a map and add bloom post processing, it will definitely glow.