I tried getting around this by using sprint to move forwards, which worked partly. But it made going left and right too clunky. Also had the idea of strafing instead of using the normal left and right for sprites. But everything I look up strafing is for 3D things with skeletons so I can’t use the blend space. But thinking about it, that would still rely on the Axis so I suppose it would be redundant.

Here’s what I have now. 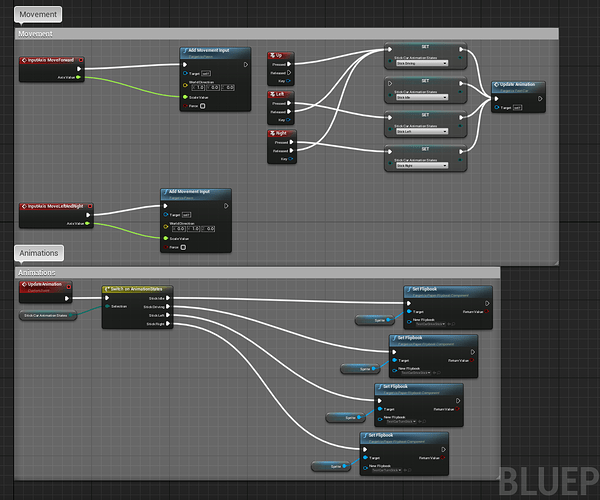 Here’s what I had when I tried sprinting. 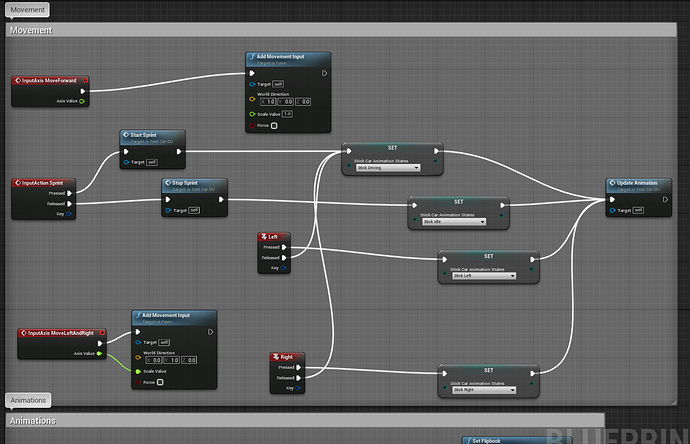