Hi guys! So basically right now I’m trying to implement the “hold shift to run” mechanic in my project and I’m struggling a bit with it so I hope you guys can help me out. Basically I already have this in my ABP 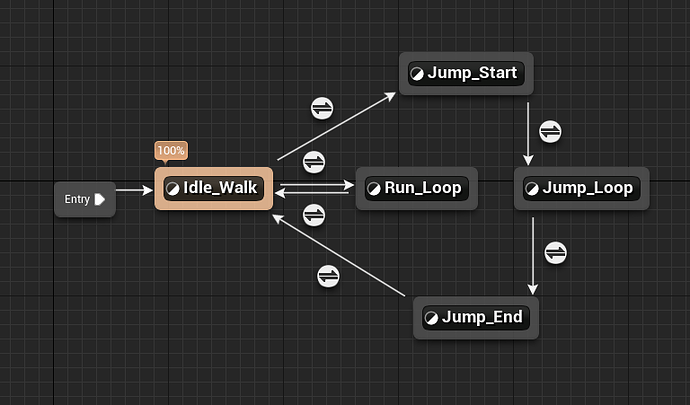 image1021×283 79.6 KB
Now my plan would be to make a new variable that would trigger the run animation inside the ABP, but currently I’m not being able to do that.
Also should show what my bp looks like: 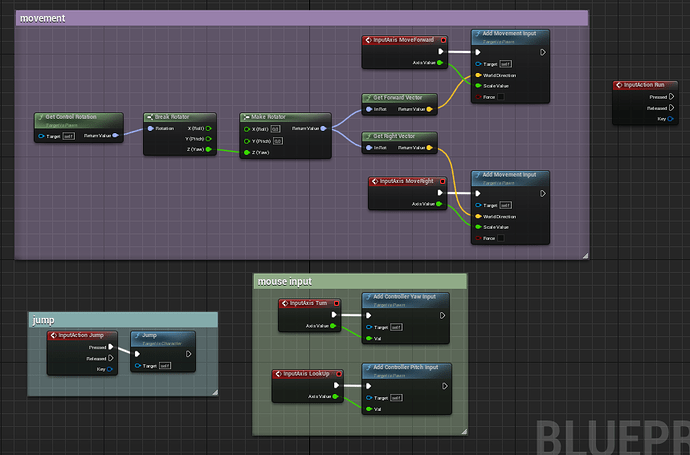 image859×567 94.1 KB
That input action on the right is supposed to be what would say if shift is being held or not.
I just wanted to set up the variable by setting it the same way Is In Air and Speed is set up, but I don’t quite know how to do so. I tried to just connect it like this but it would only read it as being held all the time. 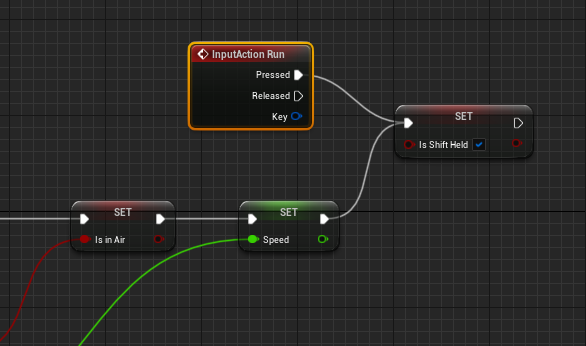 Rather than make the run a separate system in your anim blueprint - it’s way easier just to make a “BlendSpace” that smoothly controls the animation between idle, walk and run depending on speed with no other logic needed.

The speed can be calculated in your anim blueprint from GetPlayerPawn->GetVelocity->VectorLength - if that’s 0.0 you’re idle, if it’s around 300.0 you’re walking and around 600.0-1000.0 you’re running.

On InputAction Run: Set Max Walk Speed to 600 (or whatever).

That should work fine.