It started out really basic like this a few days ago 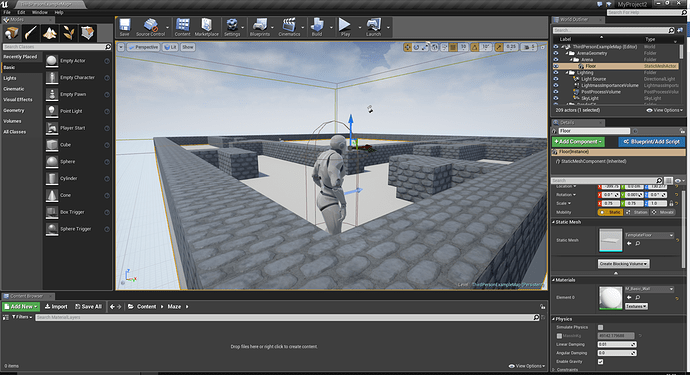 Genesis.png1024×557 452 KB
And this is what it looks like tonight, I’m pleased with the progress considering how little time I get on my home PC. 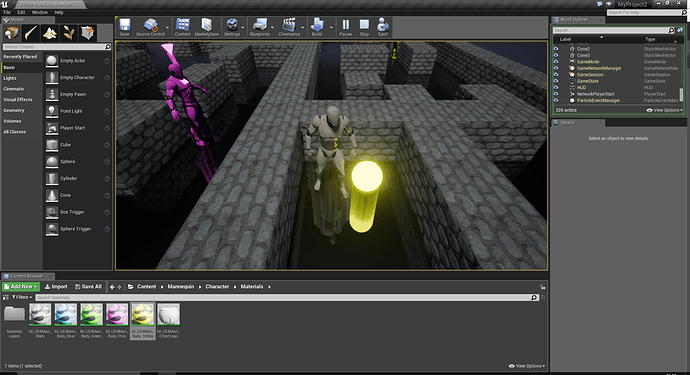 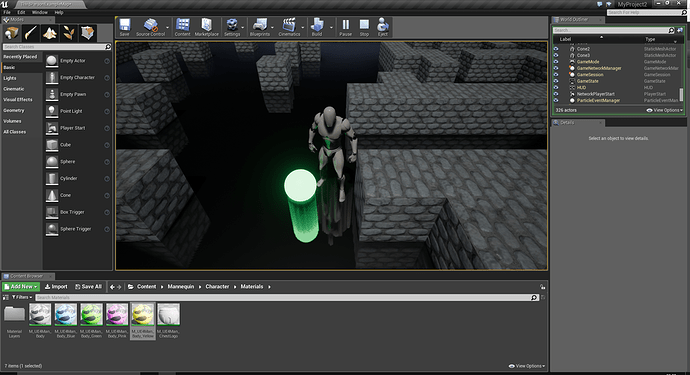 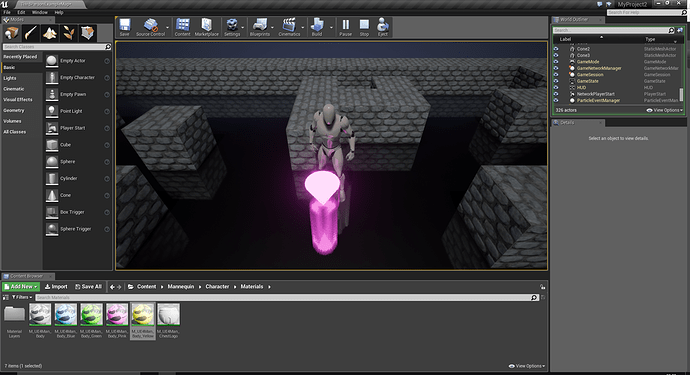 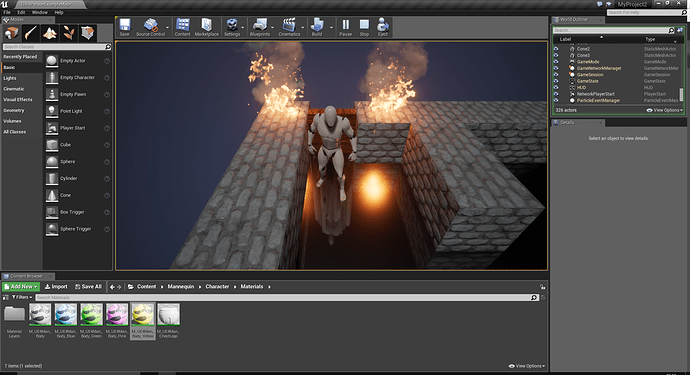 I’ll keep this updated when I make progress, I’ve got some ideas to expand on the original idea like possibly having levels across 2 floors and possibly power ups/downs.

Any feedback, positive or constructively critical is much appreciated.

Encountered a problem tonight, I’m trying to make my AI char (shown as green for prototyping) chase me when I’m within range of it’s “sight”.

I’m using Pawn Sensing for the vision, it seems to work when I am within range but the Mannequin doesn’t move at all. I’m using the ThirdPersonblueprint for animations 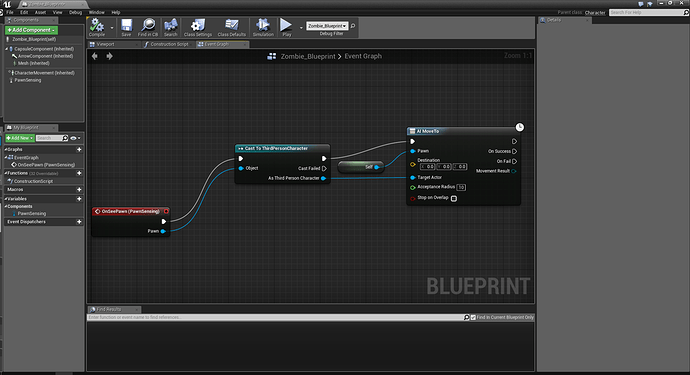 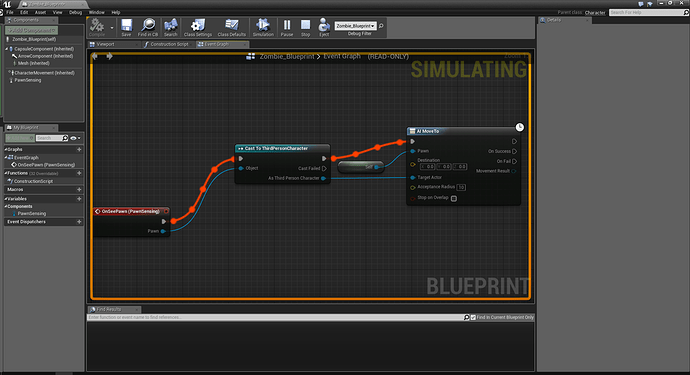 Did you set up a navigation volume for your AI?

I haven’t yet, no. I will do so and report back.

Update: I now have movement of this AI, however his movement is very juddery and not smooth like the player char, I’ve been through most if not all of the details panel and can see any discernible difference between the AI and Player setup, any tips for a noob?

I’m a huge fan of Maze Games, I’ve been working on one myself. Your progress is looking really good thus far. Would love to see a resurgence of the Monster & Mazes Genre.

I’ve read that the juddery movement may be a bug in 4.13 with Pawn Sensing, for now I might just use sphere triggers until 4.13.1 is released.

Edit: The bug is with AIMoveTo, Unreal have already fixed the issue but this won’t be in engine until 4.13.1

In better news, I’ve developed my collectibles tonight, along with the (very) basic HUD which update with pickups collected.

It’s very basic stuff but I’ve only been using UE4 for a couple of weeks now, it’s coming along.

Here’s a video of basic gameplay, you can also see the AI movement bug. 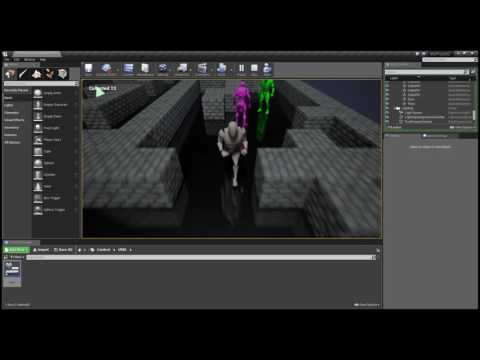 I’ve tried googling etc but can’t seem to get my score to display x/15 objects collected, only what is shown, can anybody offer some advice?

Also I did add a pickup sound which doesn’t seem to have been captured by Game DVR.

And the latest screen grabs from the project 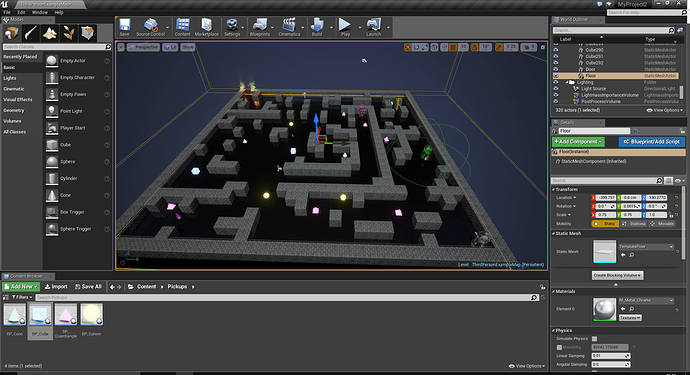 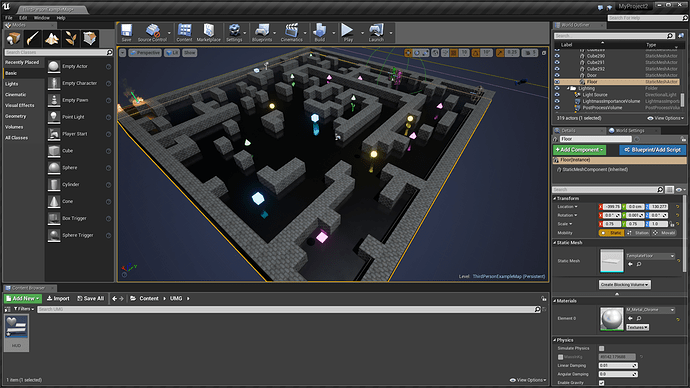 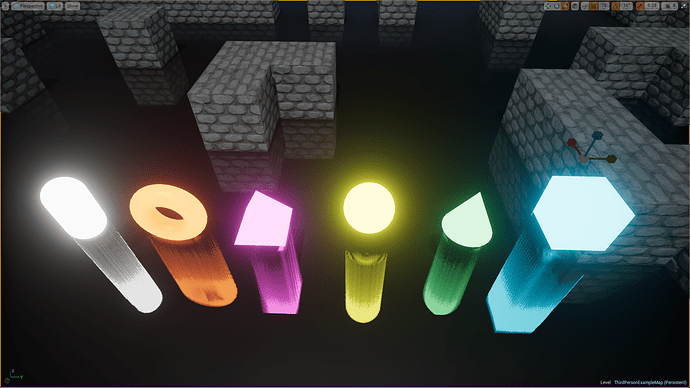 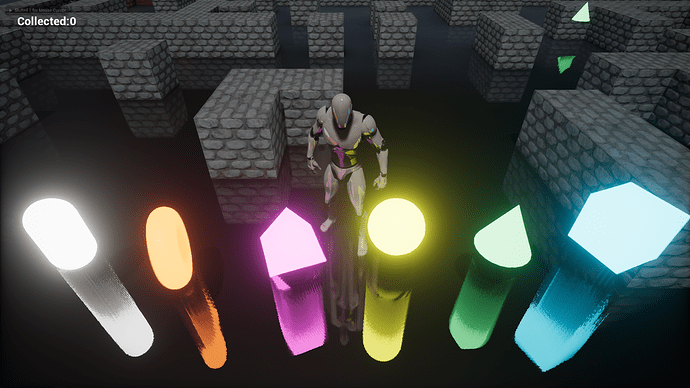 Not been able to get on my PC much but made some progress, I’m now using simple move to rather than AI move to which has fixed AI movement and they now chase me correctly and their rotation now matches movement direction.

A few questions have arisen though;

How can I make the AI randomly patrol the map rather than being static until player moves into triggerSphere?

Once I get a proper character model in place, how would I go about making the char customisable? I thinking just different colour clothes to begin with, then expand it out to different type of clothes, hats etc.