The game is being developed by a one man team (Me, Adam Gincel aka WaveParadigm). The project is around 6 months old and is only getting bigger. As of now the game includes 22 single player levels and 2 race levels, supporting Keyboards and Controllers! Inspired by games like Kororinpa: Marble Mania and Super Monkey Ball, Spherical sees a metal ball rolling, jumping, and pushing its way through puzzles and collecting coins to reach the end of each level. With original music, challenging puzzles, and tight controls, Spherical Saunter offers challenging yet engrossing gameplay for anyone.

I’m WaveParadigm; I’ve loved Marble Games since I was a little kid. I saw the Rolling template in UE4 and became inspired; six months later I’ve got a pretty good looking rolling game. The ball in Spherical isn’t a marble (it’s much heavier), so I call it a rolling platformer, but the general mechanics are very similar. I’m starting a closed beta for the game this upcoming Sunday; it’s a very limited first wave. If you’d have any interest in playing through the game and filling out a quick feedback form to help me improve the experience, you should fill out this form: Spherical Saunter Beta Signup Form

If you wanna check out the soundtrack, it’s up on my Bandcamp! Bandcamp link.

While your at it, to keep up with development of the game, you can check out these pages:

Thank you guys for the support. If you have any advice, or any feedback, it’d be greatly appreciated. A video should be up in the coming days! 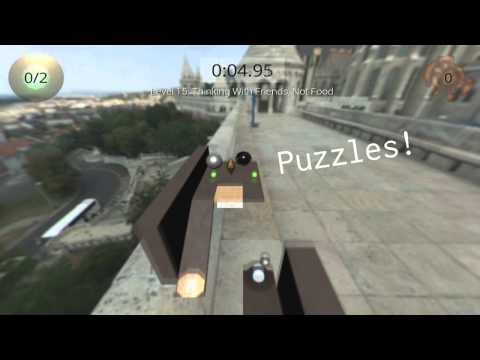 The first teaser for Spherical Saunter is up!