Hello, I created a planet that can be seen from a window. I just used a simple sphere scaled up to 8000x. I know there are other, better ways to create a planet, but I did this to try it and it looks pretty good. However, at that scale it has blocky edges instead of being an actual sphere. Is there a way to somehow scale it up while visually keeping it a perfect sphere? I’m a beginner to UE, so just learning basics.

Yes, you have to make one with more polys in Blender - 5 mins…

The default sphere is about 500 verts. There is one in the engine content folder ( Engine/EditorMeshes/EditorSphere ) which is 2333. But really, to blow something up that much, you’ll need more like 20000.

Thank you. Not the answer I was hoping for, but at least now I know why this isn’t a great method.

Were you hoping for the ‘polygonate mesh’ tick box?

Do you want me to explain what to do in Blender? ( easy ).

That’s EXACTLY what I was hoping for lol. I have never used Blender. I figured I would learn it once I have the basics of UE down. That said, I would love if you could explain how if it isn’t too much trouble to walk me through.

No worries. It’s good to have a stab at something every now and then in Blender. Eventually, you’ll find you can start to make rudimentary assets, and it will grow from there.

Get a copy of Blender from blender.org.

When you start, you’ll have a cube in the scene. Delete that.

Open that, and you can change the number of segments and rings to something like 128x128. Don’t scale it up here, unless you want a bit more of a crash course.

Now right click on there sphere and choose ‘shade smooth’.

Then in the main menus File → export → FBX: On the right click ‘selected objects’ ( otherwise you get the camera and light ).

Now in UE content browser: right click on the background and choose ‘Import to /Game/…’ and choose your file.

UE will whine about smoothing groups, but that’s basically it

That did it, and you were right, it took 6 minutes including the time to install Blender and fumble around, thank you! That brings me to a follow-up question, though. I put it into my level and it’s not lit. Do I need to specify something so that the sun lights it?

Did you put a material on it?

I did. The same material as my blocky planet, and sized it similarly. In unlit mode, they look the same, but in lit mode only the blocky one lights.

Can you do a quick pic?

Ah… The default sphere from Blender has twice the radius of the UE sphere. I think you’re inside it… ( if you scaled by the same amount )

Here is lit and unlit 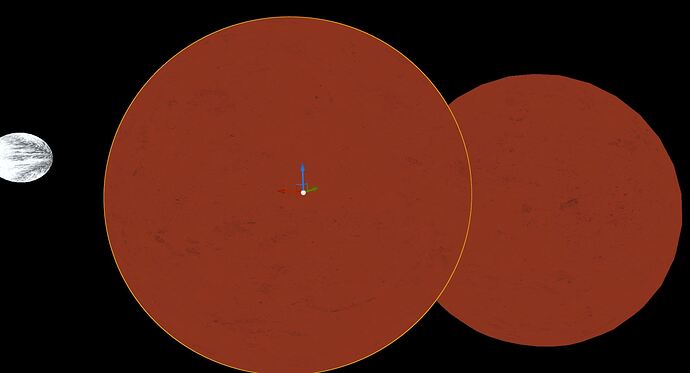 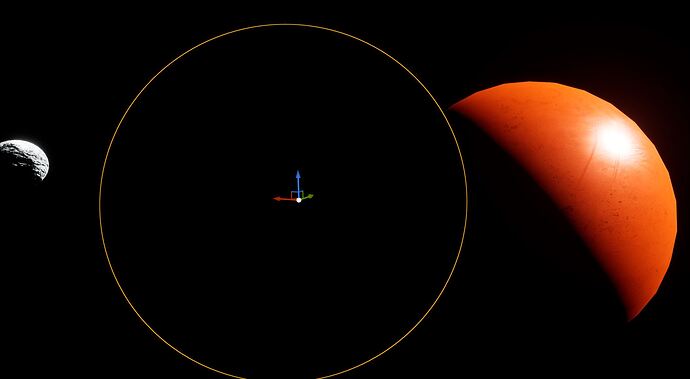 I posted pics, but they showed up higher up in the thread for some reason. It doesn’t look like I’m inside the sphere, and I also navigation around all sides, moving it around to different locations.

I did exactly the same thing and dropped it in an empty level with a directional light: 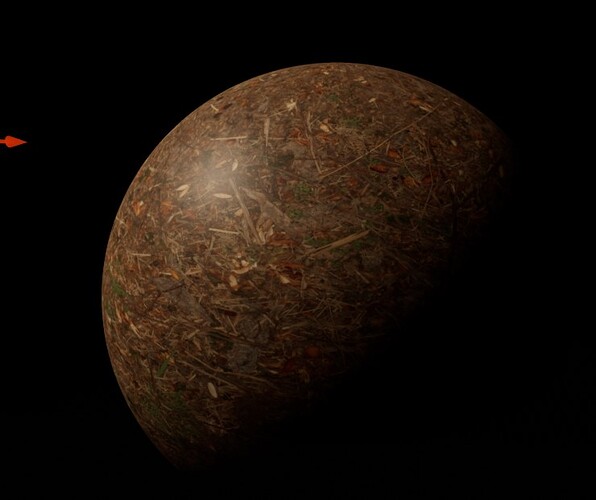 Anything crafty in the material?

EDIT: Only other things I can think of are:

I’m afraid you’ll need to tinker around until you find the problem, I’m all out of ideas here.

Try the sphere in a default level ( the one with the grey floor ). It will be fine.

I think it’s something to do with your black level, although I’m not sure what yet…

yeah, I think you’re right that I’ll need to mess around a bit. Thank you for the help, at least I have my sphere now!

Tell me when you suss it…