Hey guys, I am having an issue on spawning my player in an open world map. Basically I have finished creating the basic structure of the world however, I wanted to give it a test run using the “Standalone Game” instead. The issue is my character spawns before the world even loads up and misses the collision. Is there a smart way to avoid this such as checking if the world map is loaded which then would indicate the player that it is safe to spawn? Thanks

Or, if easier, you can have something in the player.

Incidentally, I don’t think this falling happens when you cook the game, but it is irritating, so I have also fixed it for in editor play.

Hi there, I done like what you said but I am still getting the same results. I am not sure why though. I’ve done it as instructed but still doesn’t work. 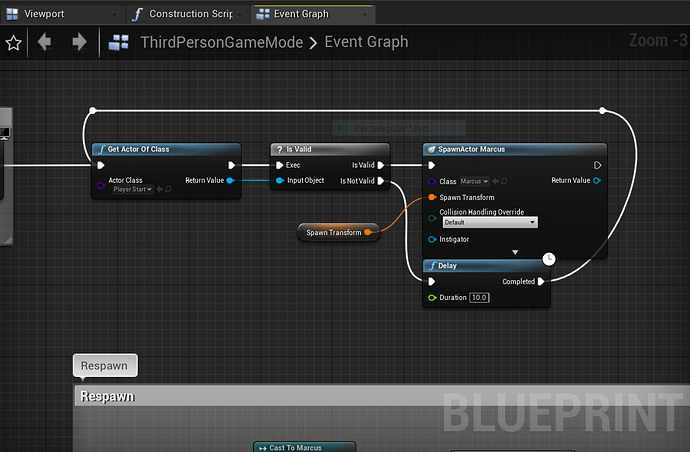 Is that transform the location of the player start?

No it is not, I’m not sure if that is possible since “Get Actor of Class” doesn’t seem to include the option

Where should I add that? In the lvl blueprint? I did it but spawns a clones the character. Thnx