Thanks for your link.
The difference in my case is that the components cannot be generated at construct, since the spline is modified at runtime. It comes from the teleport system of the VR template. The spline is generated by simulating a projectile trajectory and adding points to itself. For now I’ve tried spawning the components when teleport is activated, depending on the number of segments of the spline, but it keeps spawning more and more components…

Alright Thanks @Everynone, I finally got it working !
I made a custom event called when teleport is activated. I have to manually set the number of components I want to place but if works, thanks to the link above. Thanks again !

Yes I could, but as the number can change at runtime, the components won’t be spawned at new points (or removed from previous points).

Curve a series of objects

Hi all I have a line of objects (screenshot attached). Instead of the objects forming in a line, I want them to curve upward. I have been searching but I can’t seem to find an answer. Is there an efficient way to do this in Unreal, or is something...

Instead of distributing static meshes along a spline, you spawn them at spline points which is actually easier.

I want to add only one each spline
point, that follows the point when the
spline is modified.

Components cannot be attached to a spline point per se. When you update the spline, you need to update the components’ positions to match the updated location of the spline points. Also in the link above.

You could count spline points and spawn that many components.

Sounds like you’re creating a waypoint system. How close am I?

I see, virtual pillaging and such. Good luck!

(and it’s not working properly on the screenshot) 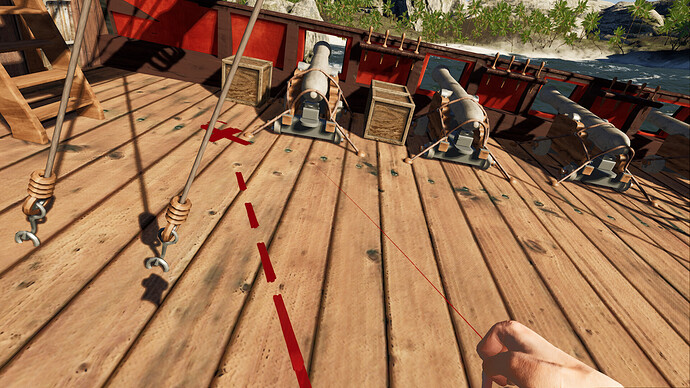