For Loop with an Int variable for the Max Iterations or Loops. Example, NumToSpawn. Plug that NumToSpawn variable into the Max connection for the For Loop. On the Complete, increment the NumToSpawn +1. Next time it runs the loop, it will be a higher number.

For Loops take a number for how many times they should loop. Make sure its just a For Loop not a For Each Loop

It’s just a “For Loop”, whatever the last input is that is close to a maximum number of times or iterations. I forget what it actually says on the node itself. When you type “for loop” on the context-sensitive helper, select the For Loop and it comes with two Integer connections. The bottom one is what I was referring to.

ok thanks mate il try that 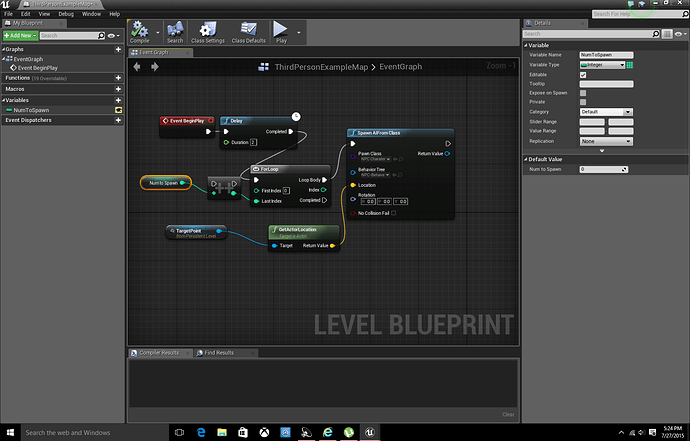 this is ony spawning 1 and then does nothing 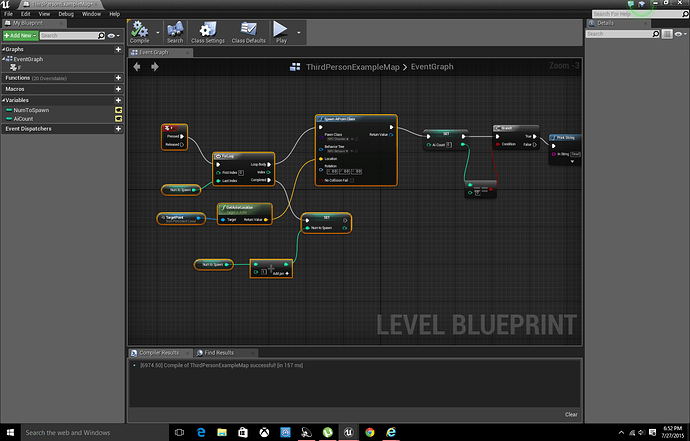 this isnt working this way i just spawns five every time 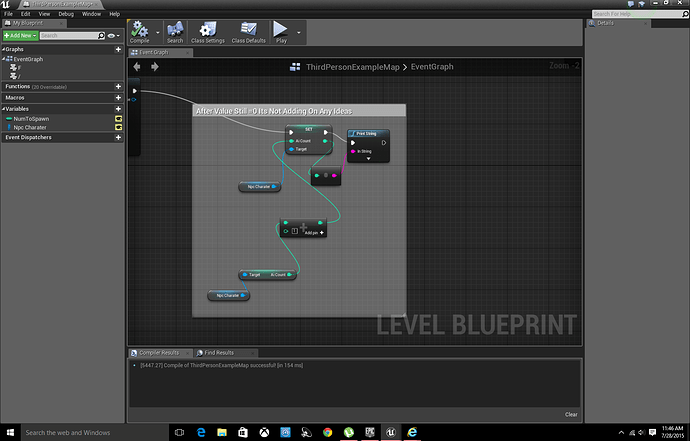 Could A beginner get some help with his blueprint?

Hey everyone. So I’m trying to make a very basic game to help learn the engine and all that jazz. The basic idea is that you run around in a level and shoot the static targets, and when all the targets are shot, you win the game. ...

I made an example of this months ago. It does exactly what you want. If you can’t follow along with those blueprint images then you definitely need to go and watch tutorials on programming.

Thants Perfect Thanks For All Your Help