Hey! We’re working on a game project (which I’ll casually insert a link

) that involves Space, Hockey, Science, and Robots. I’ll post in this thread some more when more is completed

The goal is to make hyper real awesome robots, akin to the terminator series that are scary, mean, and ready for cyber-war.

Just kidding, these assets are being provided for a childrens rehabilitation hockey game. The Robots are broken down into their prime components (Painted Section, Joints, Sockets, and Limbs) each comprised of 1x Base Colour, Metallic, Roughness, and Normal. Some of them are missing eyes – we originally were going to have their eyes glowing, but when we asked around to see what people thought, they said the glowing eyes are a little scary. So we’re working that out right now. 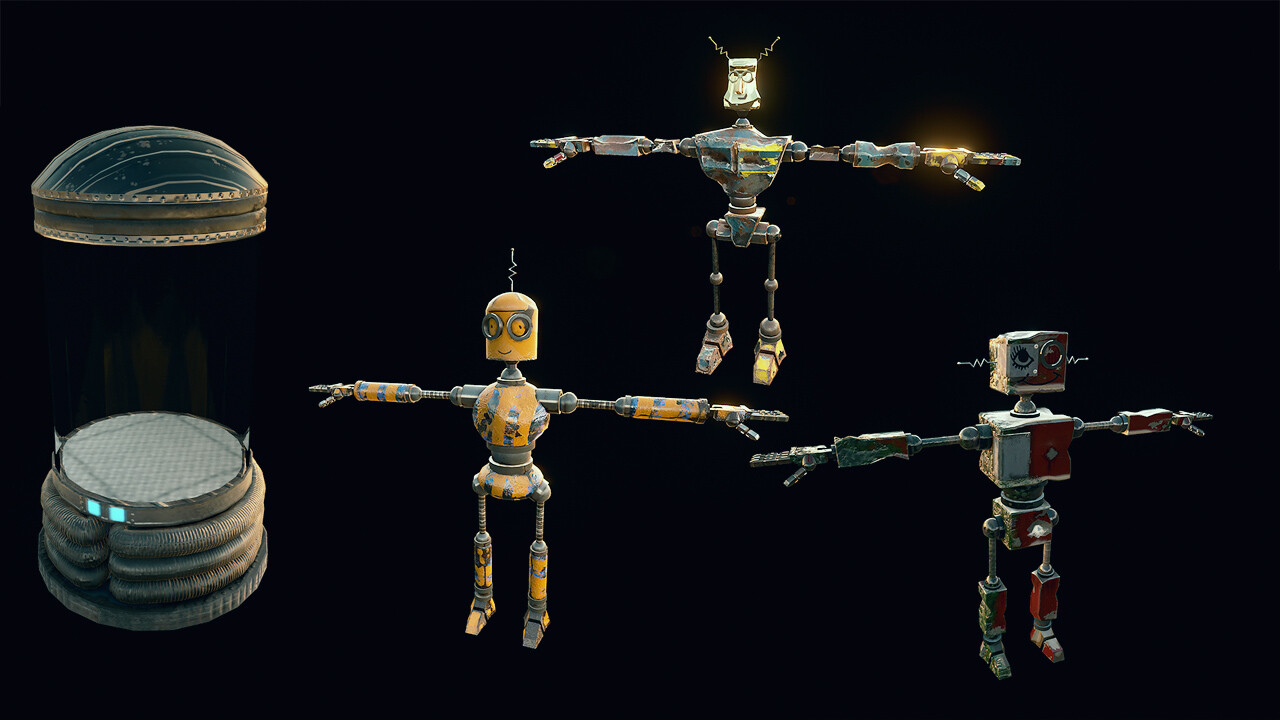 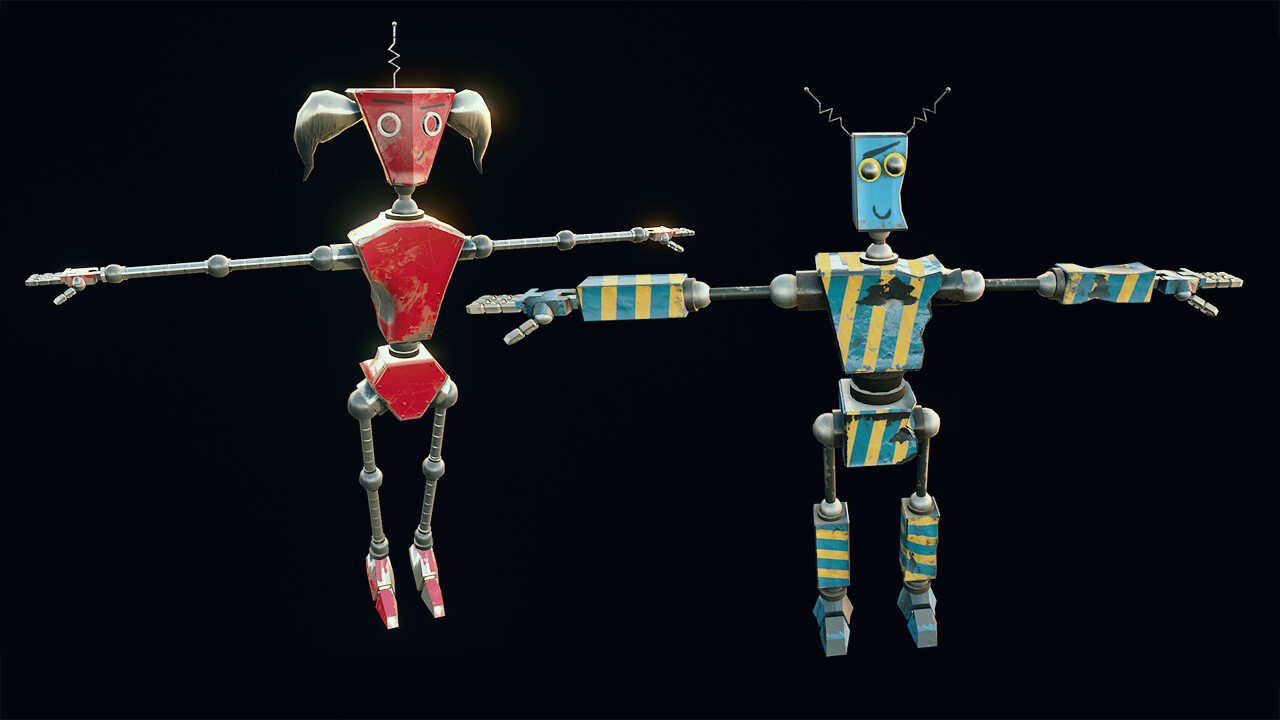 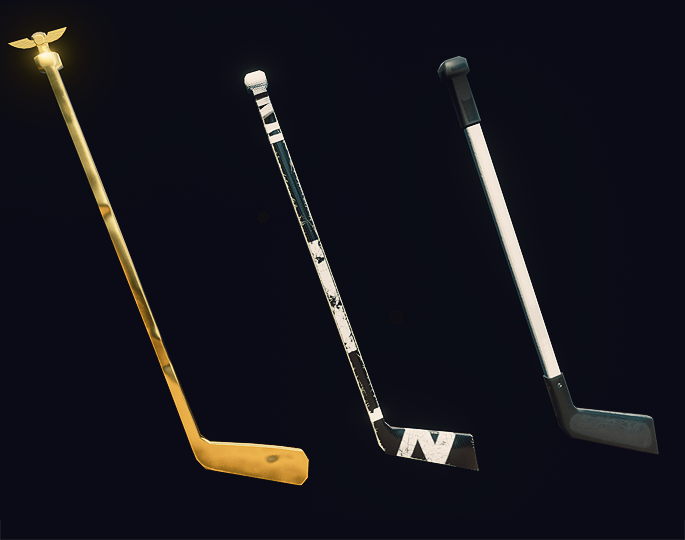 We typically use Maya, (I primarily use) Softimage, and Photoshop. Everything is in Engine. I’ll update more as we go along!