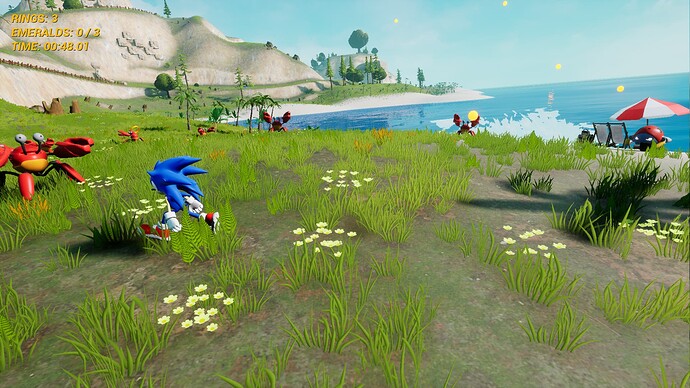 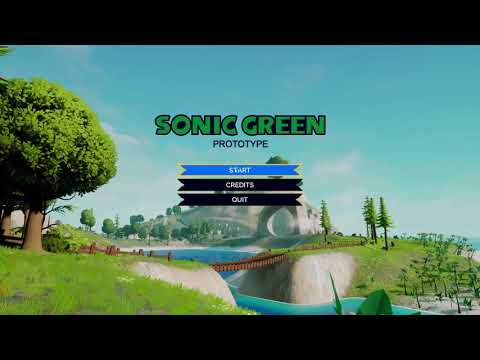 Sonic Green Prototype is a video game prototype entirely done in Blender and Unreal Engine. I wanted to bring the original mechanics from Sonic 1 and 2 to 3D instead of copying the modern Sonic games.

This is a playground game mode and there is no boss, just run up the hill and catch the large ring to end the game when you want.

Character and prop models, animations and scripting were created from scratch using Blender, Unreal Engine and Quixel Megascans. No ripped content was used. The Sonic The Hedgehog IP is owned by Sega.

Your Sonic Green Prototype is quite impressive and definitely nostalgic! What are your plans for expansion?

Your Sonic Green Prototype is quite impressive and definitely nostalgic! What are your plans for expansion?

Thank you! I’m proud of it despite the rough edges. My plan would be to get paid making games and not die in the process

Though this comment made me chuckle, I completely understand where you’re coming from! Sonic Green looks excellent, and it’s even more impressive seeing that you created the entire project yourself!

Kudos to you again for the fine work, and thank you for sharing your wonderful creation here on the Unreal Engine Forums!

Thanks! Any feedback for improvement is appreciated as I want to make an original game with original designs instead of stepping on SEGA’s toes (thanks SEGA

You haven’t died making the Sonic Green Prototype, so I’d wager that you’re a survivor!

Do you have any plans to expand on the Sonic Green Prototype, or will you leave it as it currently is? Also, is this the first game that you have created with the Unreal Engine? Are you currently working on a new project? You have done such a fantastic job with your Sega-inspired work, we eagerly look forward to what creative works you have in store! Please continue to share with us and good luck on your future endeavors! We wish you the most success!

I’ll keep it like this, just with improvements and clean up on the movement component. This isn’t the first game I tried to make, but it’s the first that I can call a vertical slice.

I tried to make a space simulator ( The Hologram Prototype by xeoncat ) (you can see a dev video of it here Docking Procedure - YouTube ), but I abandoned because it’s too difficult to complete and the reception was bad. There’s also so much free content for other types of games that it would be foolish to keep doing this.

I slapped together another project ( Archeology Project - Prototype 3 - YouTube ) but I can’t do this without funding. it doesn’t work without good voice acting, sound, textures and good pre-production. (but I’ll definitely do something, the free assets this month are right up this alley)

So I have to decide on what to do next. I had the most fun working on Sonic, animation and level creation especially, given how laid back it was, maybe it was just the nostalgia talking