Generally I get on these forums and ask how to do something. But I never really get to give anything back at all. So I worked out this blueprint that makes two arrows simultaneously function at the same time. but it is triggered only after you proceed further in the level I designed so that it’s not running as soon as the level is started. Thought it was pretty cool and I did this using iTween, which was actually brought to may attention by Jared Therriault 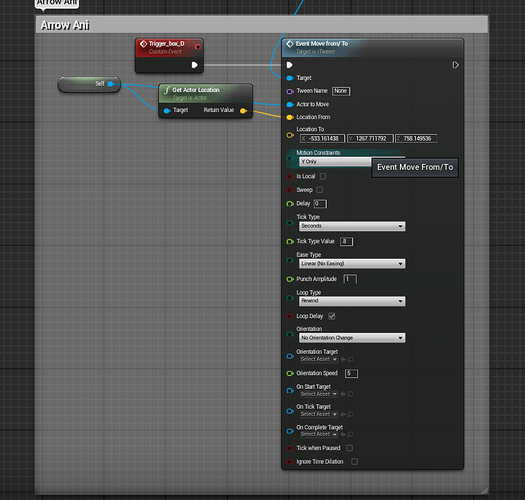 the first is a class blueprint and the second is the final blueprint being implemented into the level itself. Learned the blueprint is really touchy because you have to be sure to drag certain nodes from certain areas.

just figured maybe somebody could use this if they wanted to. Pretty much my only way to give back in this moment in time. Thanks to everybody for your help.