I have a float variable called “weight” in my pawn blueprint. Then I try to get the weight variable for calculation in other Blueprint (actor component). But don’t know what code I should put in front of target of weight variable.
Can anyone help? 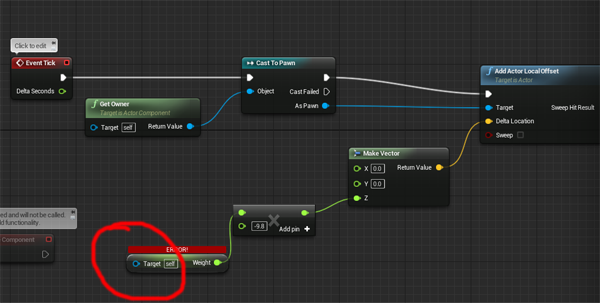 The reason it has target it because it is out of context, and it basically belongs to another BP, you need to cast to the BP it belongs to, and drag the “as BP” node to the target node.