Something happen with raptors?

Hello, I took 2 months off of modding. Now that I’m back, I began updating my mod with all the newer dinos.

Something odd is that my old raptors arent replacing the vanilla raptors being spawned. If someone had owned my custom one, they still have it.
All other creatures are my custom variants. All Spawns were double checked and they all point to my custom raptor.

Any idea what could be causing it? Some new server option? Thanks!

EDIT: Added some pics just to show everything. It worked 2 months ago, so it’s gotta be something new related to the dev kit/game. 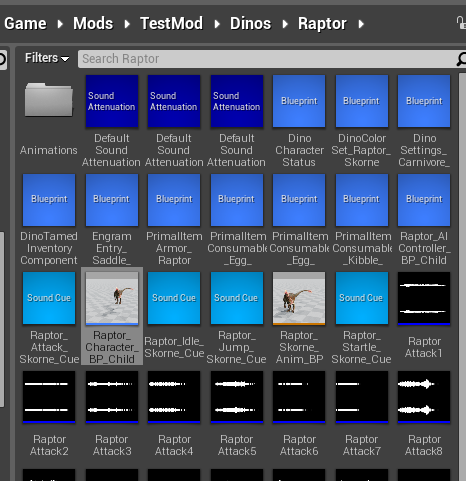 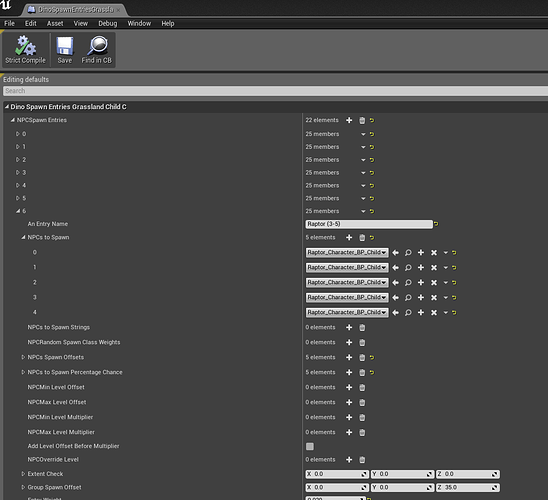 Bump, no suggestions? any Admin comments?

FWIW, I can confirm this problem. The problem comes and goes (by server updates). I have seen same happen to dodos (although currently dodos are working). First time noticed it last year, then it was fixed for some time, but now it’s on again.

Yeah I havent touched anything, which is why I wanted a MOD to look at this.

it is a known issue. some will say they don’t have this issue with CHILD versions of the raptor, rex and carno but i honestly dont see how thats possible as we all get the same version of the dev kit. here is my experiances anyways -https://forums.unrealengine.com/showthread.php?130407-update-252-broke-raptor-carno-amp-rex-!!!&p=633892#post633892

So you’re telling me not to child them? Will that fix it?
Because remapping them DOES work, just the spawner is only spawning the vanilla dinos.

So does anyone else have anything for this? Still waiting for a moderator.