Im trying to create a “Super hot” type of slow motion, where time slows down if the player is not moving. My idea is to use blueprints to detect whether the player is moving or not. Vector A(after) = current position, Vector B(before) = previous/starting position. I think i got it correctly, that when i jump or move time moves normally, but there’s a bug.

At the start, when i press play (time is slowed) i cant move with WASD, only jump. After i jump (time is normal) i can move normally but if i stop moving (time slows down), i become unable to move with WASD again unless i jump again. 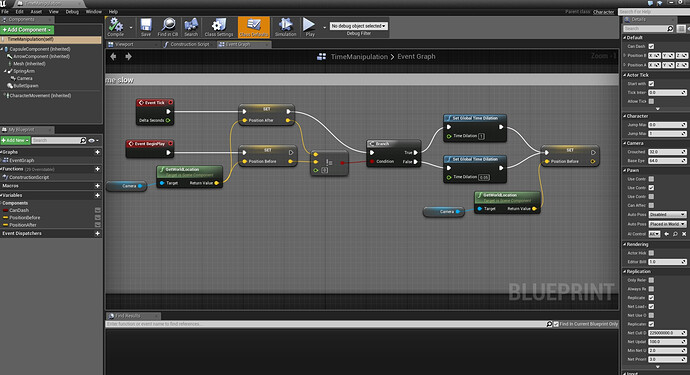 Edit2: optimized the BP, and if i reverse the condition (time slow if im moving) it works, no bugs, but if i make it that time slows when standing, WASD - axis vertical/horizontal doesn’t work 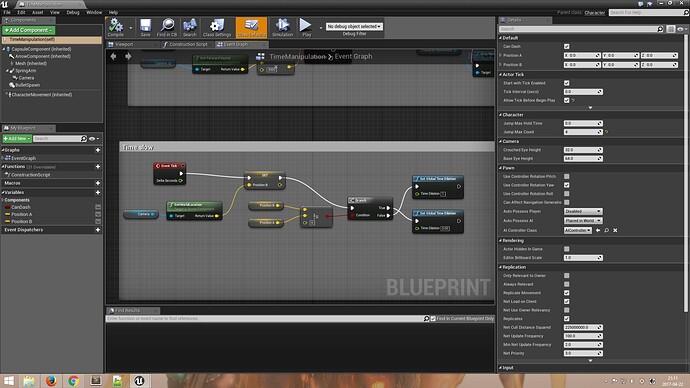 Edit3: Solved. Time dilation increased from 0.05 to 0.055 fixed it(???). So i started testing time dilation levels,
and on dilation 0.053 movement V/H axis’s started to act up and the responsiveness was all random like 1 time i had to hold a movement key for 4~ seconds for it UE4 to detect i’m pressing a movement key.