I tried to UV map some mesh to fit the albedo atlas animal gut texture
but importing it it seems all the textures are rotated and differently scaled so I would need to use the external maps and create a new material by looks
I am not the greatest modeler at the best of times and while I could do a simple material just manually adding re-imported texture samples for the various channels from the zip file I am wondering why they are mapped the way they are in UE4.
I would have thought they would load the same orientation as the maps themselves as how else does one model something to fit them?
The other option is I have to drill down though all the layers and rotate everything or rotate all my UV islands.
I simply flatmapped my model too to use the UV square so it should not have been that complicated.

OK solved this
different maps!!!
the ones in the Atlas zip are not the same as the Uasset ones!!!

Need a picture to know what you are talking about…

well it was basically a cushion shape to match the image, I got frustrated and ended up deleting it all, the image is literally of some animal guts and I only really traced around it and made a simple smoothed 3D polymesh to project it on with a flatmapped UV nothing complicated.
The idea being to pop it into a dead or dying figure exposed.
I can as I said just use the textures and make a material, I was just curious why they set them up as they do and how you would use them

I would suggest using Blender.

Take the map you want to use, or any image file.

Set up a Texture in the brush as a stencil, and painting it on to the item directly.

In stencil mode White (ffffff) applies color, so make sure the brush is full white.

To setup the stencil you create the texture, set the mode to stencil, and in the panel (normally on right hand side, lowest option) you load up the image to use. 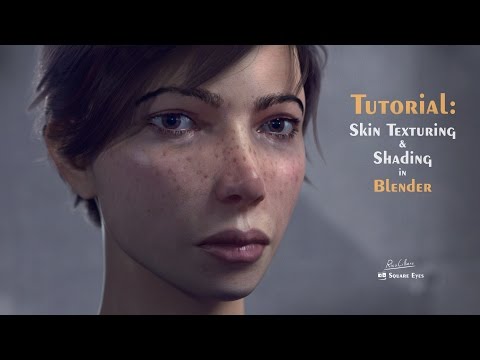 that is sort of what I was doing using zprojection in Zbrush but while the texture fit my simple model perfectly the megascans material is totally different in orientation scaling etc and lots of nodes, I honestly could not use it at all. 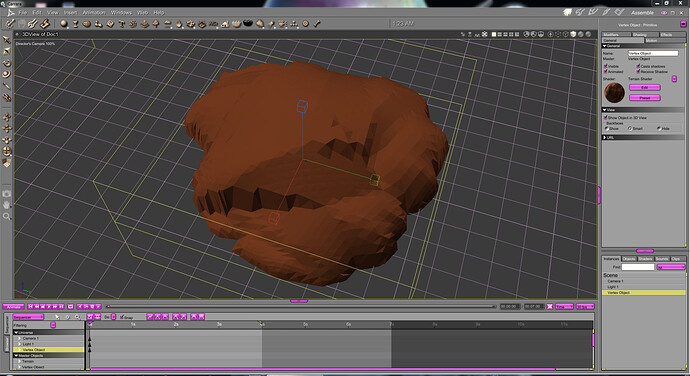 Capture2.JPG1920×1048 336 KB
OK this is basically what I modeled in Carrara which I then imported into Zbrush and Zremeshed into a tidier mesh which I used Zprojection on to shape it a bit with the texture
I am not redoing it all again as decided just too much effort. I still wanted to know though how one uses those materials as not seen anything using the guts on YouTube tutorials just the tile able and masking stuff in Quixel Mixer and applying to primitives etc.
its this asset Megascans - Creature Gut Vol. 1 in Megascans - UE Marketplace
Wendyluvscatz November 22, 2019, 4:06pm #7 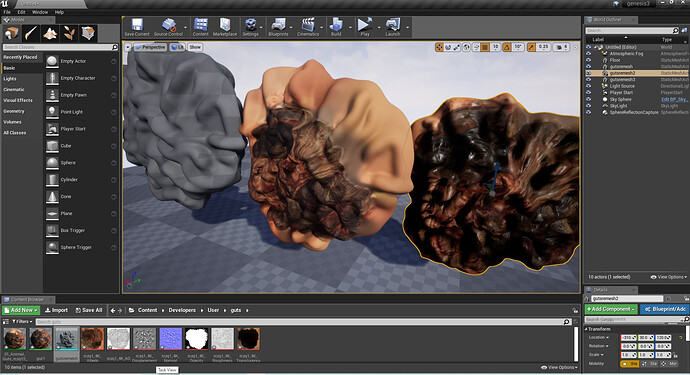 More then likely the process you walked the mesh through displaced the UVs.

I agree it’s a painful process, but Blender, Patience, and a manual unwrap always wins…