After helping create the Total Conversion Mod - MechWarrior: Living Legends and then working in the AAA industry for over 10 years (working on titles like Crysis 2 and Star Citizen), I’ve decided to go Indie.
Here is my breakout title - Solar Warden “According to theories, Solar Warden is an ultra-secret military project that maintains a fleet of spacecraft that are operating primarily within Earth’s Orbit and around our solar system. Some say they’re defending us against alien threats.” – Jonathan Marcus

Solar warden is a Space Shooter / Real-Time Strategy hybrid indie title from the developers behind Mechwarrior: Living Legends. Command the Solar Warden space fleet from the real-time strategy overlay; the “Planetary Defense Interface (PDI)” into battle or choose to assume immediate control of any of your fleet directly with the “Telepresence” technology and combat the Silicoid menace up close!

You will gain the favor of nations you support, granting you funding, research, and military assets to further you in your goal. Experimental ships, weapon systems and upgrade tech will be at your disposal.

But make no mistake, any damage Earth’s surface takes is persistent in your campaign. Failure to defend means loss of diplomatic ties, research, and ultimately, doom to the planet itself.

However, this is no task you have to undertake alone: Solar Warden features full co-op support in all of its campaign, allowing you to fight for Earth’s survival together with up to 4 friends.

Solar Warden takes inspiration from games like Descent, Freelancer, X-Wing, and EVERSPACE - aiming to capture this similar spirit of action, exploration, and solid campaign gameplay while bringing in new features to provide a unique experience not previously explored in this genre. 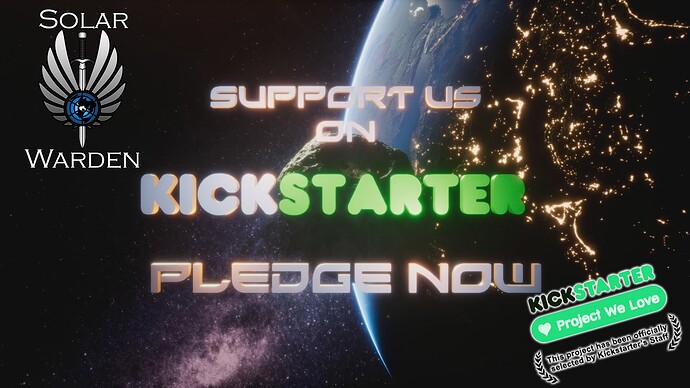