Hello everyone! welcome to the Smooth Locomotion Mod 6!

Now Stormy, you might say, aren’t you also working on another smooth locomotion mod, named the Step Turn Mod?

Well, random agent in the back, yes, I was. However, following several issues and errors in the mod engine, it has been discontinued. 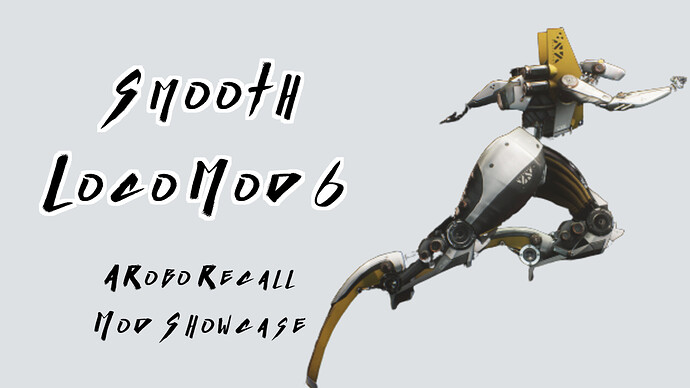 This mod is the successor to the step turn mod. While the step turn mod had made lots of progress, an export error that I couldn’t fix prevented me from exporting it again, so I had to re-write this mod partially from scratch. The good news is I didn’t lose anything from re-writing it, so all the same controls and features are here to stay! One new thing I’ve added in this update is the workaround for the teleport-only level objectives that Hydraxonn figured out (I’ll link to his page on that below) so now you can play through all 9 levels without ever teleporting, if you really wanted to!

Version 6 of this mod features Hydraxonn’s Climb Claws and Melee enhancement code, as well
as a fully working mod menu for smooth turning and holster toggles! I have disabled crouching again, it was just too buggy so until I can get a better version implemented I removed it.

Version 6 also includes a new feature which I’m calling the “Climb-Dash”. Simply grab a wall and make a throwing gesture in any direction with that hand, then let go of the wall to launch off in that direction! Can be used to scale walls very quickly, both up and down and side to side!

I hope you enjoy the new Smooth Locomotion Mod! Here’s the controls, as usual: 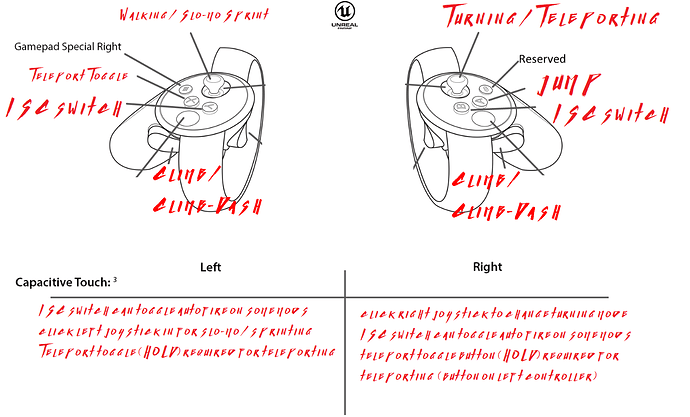 More control options are present in the mod menu. Pause the game to access it!

This mod features ISC Compatibility, but as ISC breaks sometimes with version upgrades, I may need to upgrade each mod that utilizes it again. Check the ISC Mod Pack page for more information -

ISC MK IV is the fourth iteration of ISC (Input Sender Compatibility) layer functionality, developed for use alongside the Smooth Locomotion Mod 12. Mods present in this list (The ISC Pack) are compatible with current ISC features, and in some cases,...

The latest version of my Iron Man Flight Mod includes the ability to walk or fly into objectives to trigger them. At the request of the magnificent  @Firestorm185, I'm going to post the code for this mechanic, along with a small write up on how...

Source 6 + V6 - This release features the new “Climb-Dash” feature, which allows levels designed with overlaps in mind (such as the new Enemy Test Map and Midnight Recall) to have climable walls, and allows player to launch themselves off of said walls (much like the system present in Climbey). The source code is also readily available for this version, allowing modders to quickly iterate on new pawn mods using this as a base!

Source 3 Release - The link for the source in the links section allows you to download all the assets used in this mod, so you can create your own! Go to C:\Program Files\Epic Games\RoboRecallModKit\RoboRecall\Plugins on your PC and extract the folder there, then load up the Robo Recall Mod Editor and take a look! hope this helps anyone getting started on a pawn mod!

V1.2 - Release version! Now includes Hydraxonn’s level objective solver, meaning that you no longer need to teleport into level objectives to start them! Just walk up to them and wait about a second.