Slow Motion doesn't match the values How to Fix?

Hello everyone, I am developing a project
that at certain moments I need to put the game in slow motion to find out what is going on and fix some bugs,
but when I make the scene stay in slow motion,
the value of the speed variable of the animation does not match with the speed of slow motion,
and the velocity variable decreases a lot, so my character is stopped in the scene, instead of following the object,
anyone know how to combine the values of the variables with the slow motion value?
I’m using “Set Global Time Dilation” does anyone have any idea how this works?
What am I doing wrong? 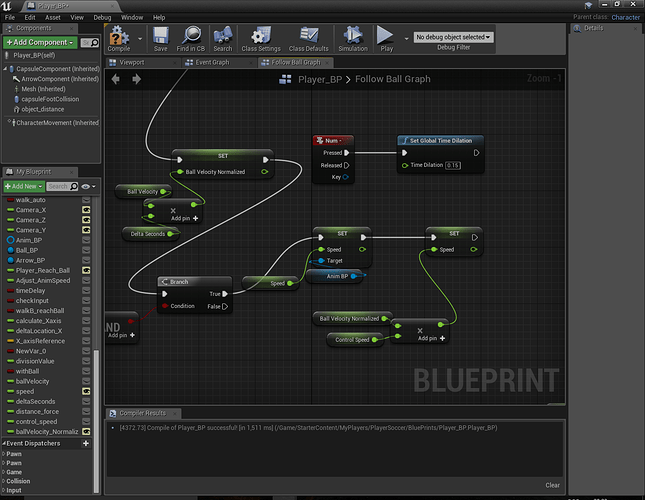 If this is for debug only, just use the command Slomo while the game is running. 1 is the default speed.

For example, to run at half speed, press ~ to bring up the command window and type “Slomo 0.5”.

press ~ ? i dont understand nothing…

While the game is Playing In Editor, you can press the ~ button (next to the 1 key on the number row) on your keyboard to bring up a command window. Here you can type in commands that are useful for debugging.

One of these commands is “Slomo” which takes a float. So if you type “Slomo 0.5” into the command window, the game with run at half speed. Try it out and see if that solves your problem.